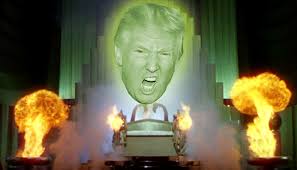 This year and throughout much of the post-WW II era, especially since the US 9/11 mother of all false flags, its "successes" in the Middle East and elsewhere have been and continue to be all about mass slaughter, vast destruction, and human misery affecting tens of millions of victims.

They include pouring countless trillions of dollars down a black hole of waste, fraud, and abuse for militarism and endless wars of aggression — letting corporate America profit hugely at the expense of world peace, equity, justice, and beneficial social change.

Schenker recited a litany of bald-faced Big Lies. He falsely claimed US "success" against ISIS in Iraq, Syria and elsewhere — suppressing US support for the terrorist organization it created.

He lied accusing Iran of "malign influence in the region and globally." The Islamic Republic is the region's leading proponent of peace, stability, mutual cooperation among nations, and elimination of nuclear weapons able to kill us all if used in enough numbers.

He falsely accused Russia and China of "meddling (and) extortion in the region" — US specialties, not how these countries operate anywhere.

"We stand by the Lebanese people and will continue to help them build a stable, secure, and sovereign country free from foreign interference (sic)."

Hostile US actions in the country aim to weaken Hezbollah, a failed effort to compromise its political influence as part of the Lebanese government.

The curse of US involvement in Iraq for decades caused unspeakable misery and hardships for its people — to continue as long as Pentagon forces occupy parts of the country.

Schenker turned truth on its head, claiming the US is committed to peace and stability in Iraq (sic). Polar opposite is true.

According to Gideon Polya's global body count on "avoidable deaths, deaths that should not have happened, excess mortality, and avoidable mortality," US-led NATO) and its partners are responsible for "over 30 million Muslim deaths from violence or deprivation (including starvation and untreated diseases) in (their) War (OF) Terror – aka" Pentagon-led war on Muslims in the Middle East, Central Asia, North Africa and elsewhere, adding:

"Fundamentalist jihadi non-state terrorists have been a major asset of US imperialism. (E)very jihadi atrocity has been used an as excuse to support further massive violence against Muslims by the US and its anti-Arab, anti-Semitic, and Islamophobic allies."

Since the 1991 Gulf War, years of US genocidal sanctions on Iraq, Bush/Cheney's 2003 war on the country and its aftermath, including the rape and destruction of Mosul, millions of Iraqis perished from US aggression and related high crimes — reality Schenker suppressed in his remarks.

Separately on Friday, the State Department discussed US legislation that imposes (illegal) sanctions on companies involved in constructing Russia's Nord Stream 2 gas pipeline to European countries if they fail to "immediately cease" their involvement in the project and "wind down" their operations.

The legislation also targets "involved parties that have knowingly sold, leased, or provided vessels that are engaged in pipe laying at depths of 100 feet or more below sea level for the construction of Nord Stream 2."

Nord Stream 2 is all about delivering low-cost natural gas to Europe — around 30% cheaper then US liquified natural gas (LNG).

The State Department turned truth on its head, claiming the pipeline is "a tool Russia is using to support its continued aggression against Ukraine (sic)," adding:

"Russia seeks to prevent it from integrating more closely with Europe and the United States (sic)."

"Nord Stream 2 would enable Russia to bypass Ukraine for gas transit to Europe, which would deprive Ukraine of substantial transit revenues and increase its vulnerability to Russian aggression (sic)."

All of the above is typical US anti-Russia propaganda. Aggression is what Washington does, not Moscow.

Days earlier, a spokesperson for Russia's Gazprom said Moscow and Ukraine "signed a protocol on agreements (for) continuing gas transit as well as on settling reciprocal claims."

Ukrainian President Zelensky's Facebook page said his country, Russia, and the European Commission reached a "final agreement" on all "principled positions relating to the supply of gas to Ukraine by Russia, along with settlement of reciprocal claims."

"I am very glad to say that we reached an agreement in principle on all key elements, which I believe is very good and very positive news for Europe, for Russia, for Ukraine, for gas markets and for citizens in all countries."

In its remarks, the State Department suppressed the above information. It lied claiming most European countries oppose Nord Stream 2.

With or without help from companies involved its construction, the project will be completed.

According to Russian Deputy Prime Minister Dmitry Kozak, Moscow will complete it cooperatively with its European partners.

Kremlin spokesman Dmitry Peskov explained that Russian companies can complete construction on their own, adding:

"I will not give you the details. But indeed, there are certain capacities that allow us to hope we will be able to complete the work in the near future."

About 100 miles of pipeline remain to be laid, over 90% of the project completed.

Unlawful US sanctions on Nord Stream 2 are part of its war on Russia by other means, a failed project that continues.

According to Sergey Lavrov, Moscow will retaliate against threatened US sanctions on companies involved in Nord Stream 2 construction, saying:

"This is a very special matter that requires calm work and calm analysis."

"Take it from me, such absolutely unacceptable rude actions in violation of all conceivable principles of international law and all diplomatic and human decencies will not be left without a response."