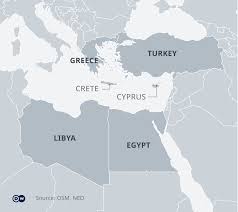 It appears likely. According to Turkey's Anadolu news agency, President Erdogan will send troops to Libya to support the Tripoli-based/UN-recognized Government of National Accord (GNA).

It's combatting Trump-supported/longtime CIA asset/warlord Khalifa Haftar for control of the country.

Anadolu news said in late November, "Ankara and the Tripoli-based GNA signed two separate agreements, one on military cooperation and another on maritime boundaries of the countries in the Eastern Mediterranean."

On Thursday, Erdogan said the following:

"Since there is (a Libyan GNA) invitation right now, we will accept it. We will present the motion to send troops (to the country) as soon as (Turkey's) parliament resumes."

"God willing, we will pass it in parliament on January 8-9 and thus respond to an invitation."

"If the situation escalates then we have the right to defend Tripoli and its residents" with foreign help.

In late November, GNA Prime Minister Fayez al-Sarraj signed a memorandum of understanding on security and military cooperation with Turkey.

His ministers and Turkish parliamentarians OK'd the deal, a separate GNA request needed to send troops — what apparently is forthcoming.

The "preliminary agreement demarcates an 18.6-nautical mile line that will form the maritime boundary separating what will be the two countries' respective exclusive economic zones," adding:

According to Turkish official in charge of maritime and aviation boundary affairs Catagay Erciyes, the deal "amounts to a political message that Turkey can't be sidelined in the eastern Mediterranean and nothing can be really achieved in the region without Turkey's participation."

Waters in question are contested by Greece, Cyprus and Egypt, these countries criticizing what they call a brazen Turkish bid to control them.

Libya and Greece disagree over offshore exploration licenses Athens and Crete (the most populous Greek island) agreed on — the waters located between Turkey and Libya.

According to risk analyst Anthony Skinner, "Erdogan's strategy has been to intensify tensions to such an extent as to force serious concessions from Greek Cyprus during future negotiations on the status of the island and how its natural gas wealth will be distributed," adding:

"Standing up strongly for Turkish Cypriots constitutes part of Erdogan's nationalist credentials, but also forms a key part of Turkey's political identity and will remain a priority national interest."

According to Erciyes, the Greek islands in question lie "on the wrong side of the median line between mainlands."

Turkish drilling ships operate off Cyprus in waters Ankara claims as its exclusive economic zone per agreements with northern Cyprus it controls.

On Thursday, Erdogan said "(a)s long as the (GNA) government in Libya stands firm on its feet," he'll go all-out to secure what he and Sarraj agreed on.

His interest in getting involved in the Libyan conflict appears all about wanting control of resource-rich eastern Mediterranenan waters.

'Gas Wars' In The Mediterranean