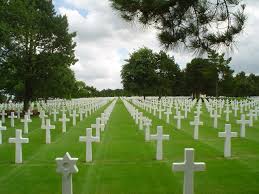 Iraqis suffered from direct and indirect US aggression since Jimmy Carter's orchestrated Iran/Iraq war in the 1980s.

US war in Syria has been ongoing for nearly nine years with no prospect for near-term resolution because bipartisan hardliners in Washington reject peace and stability in all US war theaters — endless aggression and chaos serving their imperial objectives.

Iranians have long memories, well aware of US imperial designs on their country, beginning post-WW II with Operation Ajax in 1953, the CIA's first coup.

Iran's 1979 revolution restored the country's sovereign independence, free from US control, targeted for regime change from then to now.

The curse of oil and US rage to control these resources made the Middle East boil, new millennium resource wars raging, a modern-day great game.

Oil is the most valued commodity. Controlling it enables control over nations, Henry Kissinger explained.

Middle East countries have around half of the world's proved reserves. In November, Iranian President Hassan Rouhani announced the discovery of a new oil field that contains an estimated 53 billion barrels of crude.

On December 24, Press TV reported that the "National Iranian Oil Company (NIOC) expects to announce the discovery of a new oil field in Khuzestan province before the end of the current Persian year in March 2020" — the 2nd major discovery in the past two months.

In October, the NIOC said a large-scale gas field was discovered in southern Iran.

"We are now ranked first in the world for oil and gas reserves." Earlier this month he said oil and gas is likely to be discovered in 12 new areas, five prioritized, seven others being evaluated for their potential.

All of the above is why the US seeks control of the country, along with wanting an Israeli rival transformed into a US vassal state, advancing Washington's aim for regional dominance, the Jewish state its Middle East junior partner.

On Sunday, US warplanes terror-bombed sites in Iraq and Syria. It followed a rocket attack, killing a US private military contractor on a base where Pentagon troops are based near Kirkuk, Iraq, wounding US military personnel.

Iran had nothing to do with what happened. The US blamed Iraqi militants falsely linked to Iran.

In mid-December, Pompeo falsely blamed Iran for earlier rocket attacks on Pentagon bases in Iraq, threatening retaliation if US personnel and allies are killed or injured.

No evidence links Iran to hostile regional actions — US, NATO, Israeli, Saudi, UAE specialties, along with terrorist proxies they support.

The Shia paramilitary group is part of Iraq's Popular Mobilization Forces that operate with the country's military.

Weapons storage facilities, along with command and control locations were struck.

In response, Kata'ib Hezbollah reportedly fired rockets at Camp Taji where US forces are based.

According to the Iraqi News Agency, Iraq President Barham Salih condemned US Sunday airstrikes on the country.

So did Iraqi Prime Minister Adil Abdul-Mahdi, saying: "Bombing PMU (Popular Mobilization Units) bases is a dangerous aggravation which endangers the security of Iraq and the region."

He reportedly ordered Iraq's Joint Operations Command to prevent air and ground operations in the country without Baghdad's approval.

Kata'ib Hezbollah issued a statement, saying Pentagon airstrikes "disregard(ed) and humiliat(ed) the sovereignty and honor of the Iraqi nation," adding:

They killed and wounded "our sons which were defending our country's western border," calling on Baghdad to "prepare for a new page (of) honor and dignity" by expelling US forces from the country.

It called for "ending (Washington's) military presence in Iraq…by all means necessary before it lasts any longer."

Earlier, the Fatah Coalition bloc in Iraq's parliament called for an end to US occupation of the country.

Deputy Speaker Hasan al-Kaabi said legislation was being drafted to terminate Baghdad's so-called security agreement with Washington, a measure to force withdrawal of its troops.

Senior cleric/political leader Ammar al-Hakin denounced the US raid as a flagrant breach of Iraq's sovereignty and security agreement with the US.

Press TV reported that the Trump regime withdrew dozens of US personnel from its Baghdad embassy.

Pompeo ignored reality, saying  they were carried out "in response to the threat against the American forces (by) the Islamic Republic" — threatening no one.

Kata'ib Hezbollah is an Iraqi Shia paramilitary force unconnected to Hezbollah in Lebanon.

Sunday's incident is further evidence of the menace posed by the presence of US forces wherever they're based.

Months earlier, Iraqi anti-terror groups Kata'ib Hezbollah and Asaib Ahl al-Haq called for resistance against the presence of US forces in the region because of the menace they pose to peace and stability.

Kata'ib Hezbollah said the term "state sponsor of terrorism" describes how Washington operates, leaving no choice but to resist its regional presence.

The group's leadership expressed solidarity with Iran because of unacceptable US economic terrorism, harming the nation and its people.

In January through July 2019, it was about $6 billion. Iran and Iraq are allies. The US aims to undermine their political and economic ties.