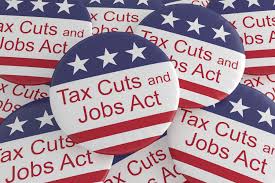 The scam was and remains all about more greatly enriching corporate America and high-net worth households.

It's also part of bipartisan policy to destroy social justice, essential programs eroded to fund tax cuts for the rich and pay for endless wars on humanity at home and abroad.

According to Americans for Tax Justice (ATJ), Trump's 2017 promise of delivering a middle-class tax cut was willful deception.

A year earlier and in December, ATJ debunked the Big Lie, exposing his false promises.

Trump falsely claimed wealthy Americans like himself wouldn't benefit from the 2017 tax cut, saying the following before its enactment into law:

"Our framework ensures that the benefits of tax reform go to the middle class, not to the highest earners."

"The rich will not be gaining at all with this plan."

"This is going to cost me a fortune, this thing, believe me. This is not good for me…I have some very wealthy friends. Not so happy with me…"

Fact: Trump benefitted from the top rate cut from 39 - 37%. He benefitted hugely from stock market gains.

He saved from "$11 - 22 million from the cut in the business 'pass-through' tax rate," ATJ explained, adding:

His family "could save $4 million from weakening of the estate tax."

He's profiting "from real estate loopholes the new law failed to close, plus a few it added."

DJT and his family members benefitted "by millions of (windfall) dollars."

He falsely claimed average working families would get $4,000 to $9,000 raises from the tax cut.

ATJ: "Median family income barely budged—up $514 in 2018…That's much slower growth than occurred in each of the last three years under Obama," adding:

"The acceleration in wage growth is up just 0.4% over the roughly two years since the tax law was enacted."

Wage growth in Obama's last two years in office was 0.7% — increases since the neoliberal 90s failing to keep pace with rising inflation.

ATJ: "Almost half the benefits of this supposed 'small' business tax cut (is) going to the tiny sliver of businesses with over $1 million in annual income. Less than a quarter is going to firms with income of $200,000 or less."

Tax cuts for corporations and high-net worth households don't stimulate economic growth or create jobs — what more money in the pockets of ordinary people can do.

With greater income, they spend it. When it stagnates like what's gone on for decades, economic growth is weak, notably in the new millennium, depressed wages failing to keep pace with rising inflation — around 6% annualized today, according to Shadowstats economist John Williams

There's "no sustainable moderate economic growth…Financial and economic crises may be at hand."

Manufacturing and durable goods orders are down, the risk of recession in 2020 growing.

Trump falsely promised that the 2017 tax cuts would pay for themselves, saying when it "kicks in, we'll start paying off that debt like water."

ATJ: Since enacted, "the deficit has exploded" by nearly $2 trillion in the past two years — "up more than 70% since Obama's last year in office."

Trump falsely promised that jobs growth would increase, calling the tax cut "a bill for jobs." In the last two years, it's less than in Obama's last two years in office.

Most jobs created monthly are rotten part-time or temp service ones with few or no benefits — because millions of high-pay manufacturing and other good jobs were offshored to low-wage countries, the US thirdworldized in the process.

Business investment will boom, Trump promised. In 2019, it declined by 2.7%, said ATJ, adding:

Except for one quarter in 2018, it declined quarterly since December 2017.

"Corporations are mostly using their tax cuts to further enrich their wealthy CEOs and shareholders through record stock buybacks."

"Racial minorities (got) little of the Trump-GOP tax cuts."

ATJ stressed that "Trump-GOP tax cuts were focused first and foremost on cutting corporate income taxes" — on domestic profits from 35 - 21%, on foreign profits to about 10%.

The law let hundreds of US corporations pay an effective federal income tax of 11.3% in 2018, almost half the official 21% rate.

ATJ: "Corporate profits (are) way up, corporate taxes way down" — the vast majority of ordinary Americans not so fortunate.

Instead of Trump regime rosy scenario income growth by the tax cut for ordinary Americans, it "barely budged," said ATJ.

Bonuses for private sector workers, because of windfall corporate profits, declined as a percent of total compensation following the 2017 tax cut, ATJ explained.

David Stockman believes the great GOP tax cut heist will increase the federal debt to around $35 trillion by 2028.

Corporate America and high-net worth households never had things better.

Ordinary Americans struggle to get by, benefitting little from the great GOP tax cut heist.