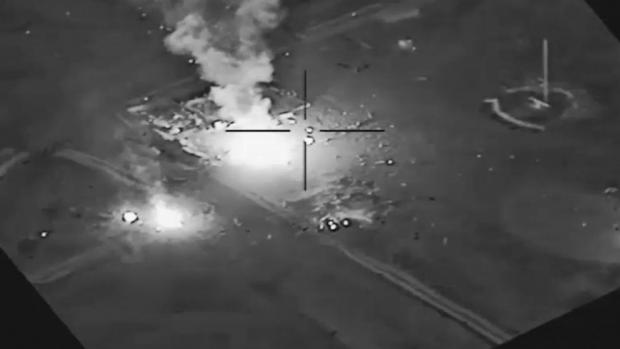 What May Follow US Terror-Bombing Strikes on Iraqi Sites?

What's most likely is more of the same, how the US operates under both right wings of its war party — at war on humanity at home and abroad, its killing machine making everyone unsafe everywhere.

Continued US aggression in the new year is virtually certain in current and maybe new war theaters.

Advancing the US imperium depends on combatting enemies. Since none exist, they're invented, what's gone on throughout the post-WW II period.

It's especially what happened following the state-sponsored/mother of all 9/11 false flag attacks — opening the gates of hell for multiple forever wars.

On Monday, the State Department falsely called them "defensive action designed to protect American forces and American citizens in Iraq, (along with) deterring Iran (sic)" — a nonbelligerent nation threatening no one.

The State Department turned truth on its head, claiming Tehran used the JCPOA "to run and finance an expansionist foreign policy (sic)" — a bald-faced Big Lie.

Fact: Iran is the region's leading proponent of peace and stability, seeking cooperative relations with other countries, opposed to revanchism and unilateralism — its foreign policy polar opposite how aggressor USA operates.

The Islamic Republic had nothing to do with with attacks on regional "American interests," no evidence suggesting it.

The State Department falsely claimed otherwise, typical of how the US blames others for its own high crimes.

State Department: "(W)e are not going to let Iran get away with using a proxy force to attack American interests (sic), and we will hold Iran accountable for these attacks (sic), which we have done."

"We are standing with the Iraqi people (sic)" — by smashing the country for decades, massacring its people, occupying its territory, and using it as platform for other regional wars of aggression.

The US bears full responsibility for terrorizing Middle East nations and their people, seeking control over their territory and resources, what the scourge of imperialism is all about.

On Monday in Moscow during a joint press conference with his Iranian foreign minister counterpart Mohammad Javad Zarif, Sergey Lavrov said the following:

"We are highly concerned about the escalation of tensions in the Persian Gulf region. We can see that some of our Western colleagues (sic) are trying to aggravate the situation," adding:

"Russia and Iran oppose such attempts by calling for equal and mutually beneficial cooperation in this important region" — a notion the US categorically rejects, seeking regional domination, not cooperative relations with other nations.

Lavrov also stressed that the JCPOA nuclear deal is close to collapse because of the Trump regime's May 2018 pullout and Europe's failure to fulfill its mandated obligations.

"We are certain that if this policy of defaulting on UN Security Council resolutions, which Washington dictates to all countries around the world without an exception, continues, all this may result in serious negative consequences for the whole region and international relations in general," Lavrov added, further stressing:

"We will demand that our Western partners (sic) accept reality."

Otherwise, "the JCPOA will be as good as gone. It will not exist anymore. And then we won't be bound by any obligations" — heightening the risk of greater regional wars.

The Trump regime "contradict(ed) all possible norms of international law."

"When an agreement has been negotiated and deemed obligatory by the UN Security Council, exiting this agreement is a blatant violation of all possible and impossible norms, principles and rules."

"At the same time, the US is forcing everyone else to violate the obligations they undertook in exchange for Iran adhering to the reached agreements."

"Iran is expected to adhere to these agreements fully, which violates the very terms that this agreement was based on and that were approved by the UN Security Council."

The Trump regime "attempts to dictate its intentions to other countries, and Russia and Iran have confronted this approach through the JCPOA and other fields."

Instead of fulfilling their mandated obligations, Britain, France, Germany, and the EU bowed to US diktats by "fail(ing) to adopt practical measures to counter the US sanctions and fulfill their commitments."

"Unlike others who embark on 'defensive' warmongering 1000s of miles from their own shores, Iran and Russia have cooperated for peace in Syria and are now presenting important proposals for peace in the Persian Gulf."

Next stop: China" — where Zarif met Tuesday with Wang Yi, his Beijing counterpart.

At a joint news conference in Beijing, Wang slammed US "bullying," adding: "We need to stand together against (unacceptable US) unilateralism."

Zarif said Iran and China are united in "our common effort to fight unilateralism and to promote multilateralism."

"This is the root cause of the current tension in the Iranian nuclear issue."

"We hope that all participants in the agreement will adhere to the correct direction, withstand external pressures, resolve differences through dialogue and negotiation, and continue to maintain and implement the comprehensive agreement."

China, Russia and Iran are allied for Middle East peace and stability, their agenda polar opposite US rage for endless aggression.

Despite rolling back its voluntary JCPOA commitments, Iran remains fully compliant with the agreement's provisions. Zarif stressed it.

Separately, Tehran debunked the US Big Lie claim of Iranian involvement in attacks on its regional personnel and interests, calling it baseless.

On Tuesday, Iran's IRGC said Iraqi Popular Mobilization Forces are legally entitled to retaliate against Sunday's US aggression in self-defense, as the UN Charter and other international law permit, adding:

Evicting "American occupier terrorists" from Iraq will enhance the country's stability and security.

Sadly it's not true. US forces infest the Middle East along with ISIS and other jihadists it created and supports.

All regional nations unsubmissive to its will risk being victimized by its aggression and/or other hostile actions.

Regional peace, stability and security are only possible if all US forces and its proxies are withdrawn or otherwise eliminated from Middle East and nearby countries.

"The Iraqi government condemns these actions and considers them a violation of the sovereignty of Iraq and a serious abuse of the working norms of the international coalition forces, including American troops, who are single-handedly conducting operations without the consent of the Iraqi government," adding:

"This attack, contrary to the goals and principles for which the international coalition was created, is pushing Iraq to revise its relations (with the US) to protect the sovereignty of the country, its security, the lives of citizens and strengthen mutual interests."

Will Baghdad expel US occupying forces from the country. Or will it continue operating as a client state while maintaining good relations with neighboring Iran?

Iraq's future as a sovereign state depends on no longer tolerating a hostile US presence, demanding Pentagon forces leave and not return.

Moscow is a reliable ally. It's in Baghdad's interests to seek its help if the scourge of US-supported terrorism, likely aided by Pentagon terror-bombing, rears its ugly head again.

If necessary, Moscow can aid Iraq the way it helped Syria liberate most of the country.

Iraqi authorities should take full advantage of a trusted ally against the scourge of US state-sponsored terrorism.

In his yearend greeting to Trump, Vladimir Putin urged "normalizing bilateral relations and establishing an equal dialogue based on the mutual respect of interests" — an agenda Republicans and undemocratic Dems reject.

Separately, Putin invited Trump "to visit Moscow to take part in the celebrations of the 75th anniversary of Victory in the Great Patriotic War."

Soviet Russia's involvement in WW II defeated the scourge of Nazism, the US operating as a junior partner on the western front.