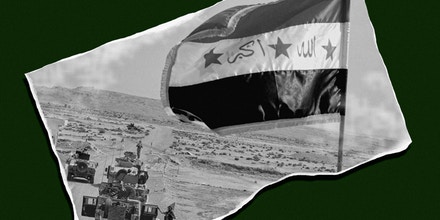 In its daily editions, the Times repeatedly proves it's a lying machine, a propaganda machine, an anti-truth-telling machine on geopolitical and other major issues — never to be believed or trusted.

It lied saying early in the week "protests at (the) US embassy show the influence of Iran in Baghdad," falsely calling demonstrators "largely members of Iranian-backed militias…"

Protests and Iraqis involved had nothing to do with Iran, everything to do with mass outrage over Pentagon terror-bombing strikes last Sunday on Iraqi paramilitary forces connected to the country's military.

They massacred around 30 fighters, wounding many others, causing significant damage, an act of war against the sovereign state.

The US and Israel are the world's most widely despised pariah states, governed repressively, operating extrajudicially, breaching the rule of law, responsible for state-sponsored terrorism, contemptuous of what just societies cherish.

As long as it continues in the country and region, peace and stability in the Middle East will remain unattainable.

Times propaganda, reading like a Pentagon and/or CIA press release, falsely claimed days of protests show "how much power (Iran) wield(s) within the Iraqi government (sic)."

Both countries are allies, working cooperatively together, opposed to regional wars, related violence and instability — because of the presence of US forces and their hostile actions.

"The problems created by Trump's impulsive, erratic military action/foreign policy are again on display, this time in Iraq."

"It has led to our embassy being besieged and undermined our relationship with the Iraqi government and people."

"Serving the interests of Saudi Arabia and (extremists) like AQ (Al-Qaeda), Trump is taking us deeper and deeper into mid-east quagmire."

"As president, I will end our servitude to Saudi/AQ and will provide the experience & sober, thoughtful, strategic leadership to the job of commander-in-chief that our country so badly needs."

"(C)onsensus among Iran, Russia and China that multilateralism is in grave danger due to US actions and US violations have jeopardized (the) JCPOA and international security," adding:

These countries believe that the "only way E3/EU can save (the) JCPOA is to stop posturing and begin fulfilling their own obligations" — what they refuse to do in support of US hostility toward Iran.

In a Thursday commentary, the Times falsely accused Iran of "provocation(s)" in Iraq with "more" to come — what applies to the US presence in all nations it "provocat(ively)" occupies.

Endless Middle East wars rage because the US is hellbent to dominate the region by brute force.

The only solution is popular regional outrage over its presence, demanding their governments force hostile US troops to leave.

It's the only chance for restoration of peace and stability to this war-torn part of the world — plagued for decades by US aggression.

So Far, The Number Of Americans That Have Died From COVID-19 Is Greater...

CORONAVIRUS-19 What Is Really Going On?

The Pandemic Is, Not a Virus, But the Fear of a Virus

"Just Close The Whole Thing Up":