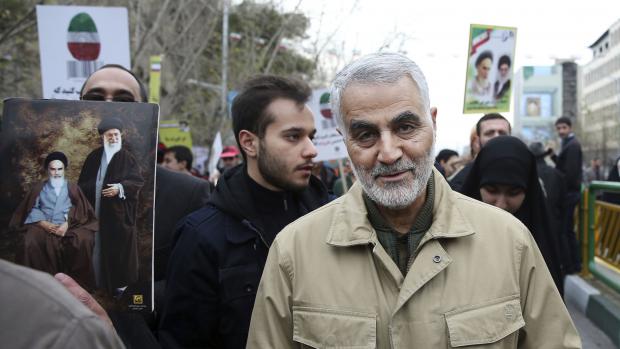 The assassination, similar acts, US state terrorism worldwide, its endless wars of aggression, economic terrorism on targeted countries, and other hostile actions confirm US decadence, a nation in decline because of its imperial arrogance and unwillingness to change.

The long ago republic no longer exists — replaced by fascist tyranny, police state terror, ruinous military spending, contempt for the rule of law, and rage to dominate other nations and their resources by brute force.

Its hostile actions risk destroying planet earth to own it, an unparalleled threat to humanity.

Establishment media reacted to Soleimani's US state-sponsored assassination as follows:

The NYT said he was "killed on Trump's orders, falsely claiming he "was planning attacks on Americans across the region" — a bald-faced Big Lie.

Separately, the Time's called his assassination a "major escalation."

In response to Soleimani's assassination, WaPo said "Trump needs to find a diplomatic exit from the Middle East hole he dug for himself," adding:

His "inept and confused actions (last Sunday and overnight in Iraq gave Iran) a tactical victory...touching off (mass) outrage" in both countries.

"Iran and US Shift to Open Confrontation in Iraq" — failing to explain US full responsibility for escalated aggression in the region, already boiling over from endless US preemptive wars.

Other headlines were as follows:

ABC News falsely claimed Soleimani became an "icon by targeting (the) US."

His resilience and resistance stood tall against US aggression and other hostile acts.

NBC quoted former US official Brett McGurk, saying: "We need to presume that we are now in a state of war with Iran."

Undeclared US war on Iran has been ongoing since its 1979 revolution, new leadership regaining the country's freedom from US control under installed puppet rule.

Chicago Tribune: "Iran's most powerful general killed in US airstrike at direction of…Trump"

On New Year's day, a State Department travel advisory said: "Do not travel to Iraq due to terrorism, kidnapping, and armed conflict."

It should have said US aggression turned the country and much of the region into cauldrons of endless violence and chaos.

His assassination, Sunday's US terror-bombing strikes on Iraqi paramilitaries, along with ongoing US regional aggression virtually assures more of the same ahead.

Will it lead to greater regional war than already? With hardliners running Trump's geopolitical agenda, giving him bad advice, the unthinkable is possible.

Will Coronavirus Bring Down The US War Machine? Not If Pompeo Can Help It...

Trump Regime Propaganda War on Iran During a COVID-19 Crisis