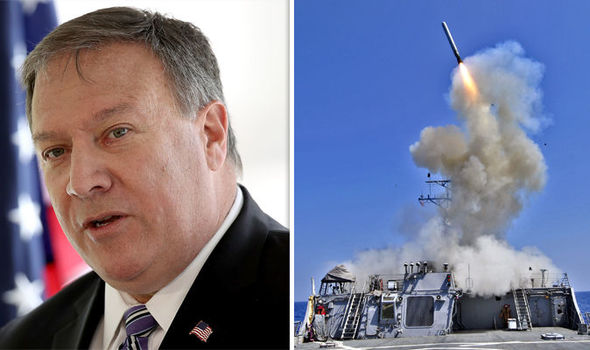 Iran threatens no other nations. The US threatens humanity.

Iran had nothing to do with Iraqi protests in response to Pentagon terror-bombing strikes last Sunday, killing and wounding scores of Iraqi Kata'ib Hezbollah paramilitary fighters — part of the country's Popular Mobilization Units connected to Iraq's military for self-defense.

Ordinary Iraqis are furious about what happened Sunday, along with the presence of Pentagon troops occupying their country, a hostile force, using bases in its territory as platforms for regional wars, including against neighboring Syria.

They threaten nonbelligerent Iran, the Trump regime waging war by other means on the country, blaming others for its own high crimes.

Iran's IRGC commander General Hossein Salami slammed the US, saying "a sign of our power and strength is that the US blames Iran wherever it fails."

"Today a wave of hatred towards America is raging across the world," adding:

Tehran seeks peace, not regional war, but has the power to hit back hard against an aggressor.

Iran's army chief General Abdolrahim Mousavi said "(o)ur armed forces monitor all moves, and if anyone makes the slightest mistake, they will decisively react, and if the situation heats up, we will show our abilities to the enemy."

"We're prepared to do what is necessary to defend our personnel and our interests and our partners in the region (sic)."

"We will…take preemptive action as necessary to make sure that we defend those interests (sic)."

US "interests" are about waging endless hot wars and by other means against nations to control them, their resources and populations.

Throughout the post-WW II period, the US always acted "preemptive(ly)" against nonbelligerent nations threatening no one, attacking them without just cause, inventing reasons because no legitimate ones existed earlier or now.

Provocations are a US specialty, the same true for its imperial allies. Iranian policies conform to higher standards, seeking peace, stability, and cooperative relations with other countries.

Instead of stepping back from the brink to cool regional tensions US regimes caused, hundreds, maybe thousands more Pentagon troops are heading to the war-torn Middle East — perhaps with greater aggression in mind.

The only threats the US, its allies, and forces face are invented.

US rage for endless wars assures more of the same ahead — perhaps in a new theater while keeping existing ones hot.

As long as Pentagon troops occupy Middle East countries, peace and stability are off the table, conflicts continuing endlessly without resolution.

US Officer Who Shot Down Iranian Plane Received a Medal...