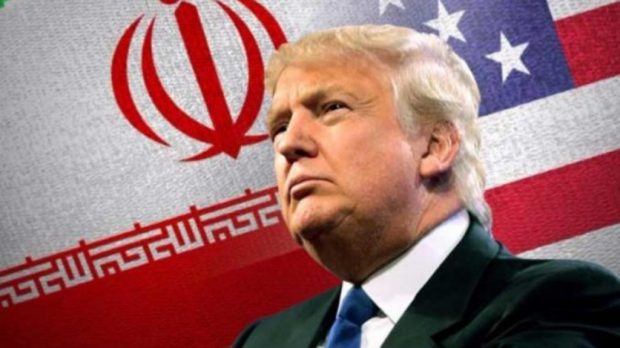 Virtually all politicians lie, none in memory more repeatedly and egregiously than Trump.

It's so excessively over the top it begs the question. Is he unable to distinguish between facts and fiction or is he inherently deceptive by nature?

His Big Lies fool no one informed on what's going on at home and abroad.

The problem is they comprise a minority, not a majority of the public — and serial lying is a moral and ethical issue, not a criminal offense unless under oath.

Make no mistake. DJT's ordered airstrikes in Iraq, killing around 30 paramilitary fighters connected to its military, followed by the assassinations of Iranian General Soleimani and Iraqi deputy PMU leader Muhandis were US acts of war on both countries.

According to US law, an act of war means any hostile act occurring in the course of:

2. an armed conflict, whether or not war has been declared, between two or more nations; or

3. an armed conflict between military forces of any origin.

Under international law it's much the same, notably a preemptive attack by one nation on the territory of the other.

It's strictly prohibited by the UN Charter except in self-defense if attacked, clearly not the case in all US wars post-WW II, waged preemptively on nonbelligerent states — unjustifiably justified by Big Lies and deception.

According to UN General Assembly Res. 3314, aggression is defined as "the use of armed force by a State against the sovereignty, territorial integrity or political independence of another State, or in any other manner inconsistent with the Charter of the United Nations" — which prohibits a nation attacking another state preemptively.

On Friday, Trump tweeted the following:

"General Qassem Soleimani has killed or badly wounded thousands of Americans over an extended period of time, and was plotting to kill many more...but got caught (sic)!"

"He was directly and indirectly responsible for the death of millions of people (sic)."

The above remarks apply to decades of US aggression — raping and destroying one country after another, polar opposite how Iran and its military operate.

"This was very clearly an act of war by this president without any kind of authorization or declaration of war from Congress, clearly violating the Constitution."

"Soleimani was a murderer (sic), responsible for the deaths of thousands, including hundreds of Americans (sic)" — while opposing involvement in "another costly war."

She and Joe Biden said that "no American will mourn Soleimani's death."

They were wrong. By email Friday to an Iranian friend in Tehran, I said the following:

My deepest condolences to General Soleimani's family, Iran, and the Iranian people

for the Trump regime's state-sponsored terrorism.

The only thing positive about its high crimes is they hasten the US decline.

Today I mourn with the people of Iran for what happened.

Bernie Sanders said the following in response to Soleimani's assassination:

"Trump's dangerous escalation brings us closer to another disastrous war in the Middle East that could cost countless lives and trillions more dollars," adding:

"Trump's promised to end endless wars, but this action puts us on the path to another one."

He called "prevent(ing) Iran from getting a nuclear weapon…an absolute imperative" – ignoring the Islamic Republic's abhorrence of these weapons, wanting them eliminated everywhere, while failing to condemn nuclear armed and dangerous Israel.

He opposes establishing diplomatic relations with Iran, showing hostility toward the region's leading proponent of peace and stability.

From his Mar-a-Lago Florida resort Friday, Trump recited a litany of Big Lies about Soleimani's assassination he authorized, saying:

"(M)y highest and most solemn duty is the defense of our nation and its citizens" — at a time when the only US foreign threats are invented. No real ones exist, he failed to explain.

He turned truth on its head, calling Soleimani "the number-one terrorist anywhere in the world (sic)."

As US commander-in-chief, the dubious distinction applies to him. His regime and congressional accomplices share blame for endless preemptive wars on nonthreatening nations — a flagrant UN Charter violation.

Iran hasn't attacked another country in centuries! The Islamic Republic seeks regional peace and cooperation with other nations.

Trump: "Soleimani was plotting imminent and sinister attacks on American diplomats and military personnel (sic), but we caught him in the act (sic) and terminated him."

No evidence was cited because none exists, no "imminent…sinister attacks" on US civilian and military personnel planned. Trump lied claiming otherwise.

Nothing of the kind occurred by him or Iran in the Middle East or elsewhere — a US, NATO, Israeli specialty, not how the Islamic Republic operates.

Trump twisted reality, falsely claiming "Soleimani made the death of innocent people his sick passion, contributing to terrorist plots as far away as New Delhi and London" — again no evidence cited because none exists. Trump lied, adding:

"Soleimani has been perpetrating acts of terror to destabilize the Middle East for the last 20 years (sic)."

Trump falsely claimed a US act of war as defined under international and US statute law was undertaken "to stop a war…not…start" one.

While assassinating Iranians and Iraqis, he falsely expressed support for their people the US  waged war on for decades — directly and by other means.

He falsely claimed credit for destroying "the ISIS…caliphate" the US created and supports — that Soleimani, Russian and Syrian forces smashed.

He turned truth on its head, claiming serial aggressor USA "seek(s) peace, harmony, and friendship with all of the nations of the world."

His remarks came as the US war machine continues mass slaughter and destruction in multiple theaters — risking war with nonbelligerent Iran at the same time.

Baseball star Yogi Berra and movie mogul Samuel Goldwyn long ago commented on the hazards of making predictions — "especially about the future," they said.

How the Trump regime intends dealing with Iran ahead is guesswork, war clearly an option — what hopefully cooler heads in Washington will prevent.