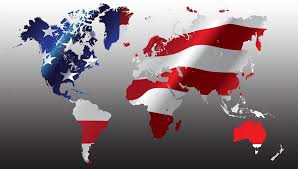 A State of War Exists Between the US and Humanity

There's no ambiguity about what's going on globally.

Washington's geopolitical agenda is all about seeking dominance over other countries, their resources and populations worldwide — by whatever it takes to achieve its aims, notably by brute force and other hostile actions.

Since Harry Truman's aggression on North Korea in the early 1950s, a state of war has existed between the US and humanity.

It's been ongoing endlessly since that time, smashing one nation after another by naked aggression, color revolutions, old-fashioned coups, economic terrorism, targeted assassinations, and other hostile actions.

No nation in world history caused more harm to more people over a longer duration than the US — a hegemonic menace, masquerading as democratic, a notion it tolerates nowhere, especially not at home.

Today is the most perilous time in world history, the risk of another global conflict real — potentially with nuclear weapons able to kill us all if used in enough numbers.

Most Americans are mindless of the greatest threat in their lifetimes because establishment media treat them like mushrooms — keeping them well-watered and in the dark.

Trump is a geopolitical know-nothing, a billionaire businessman/reality TV president — aware only about what his extremist handlers tell him, along with Fox News propaganda, his favorite TV station.

His regime's assassination of Iranian and Iraqi military commanders is symptomatic of a nation off-the-rails, threatening everyone everywhere by its hegemonic rage.

He's not the issue. If not him, someone else in charge would pursue the same agenda — dirty business as usual no matter who in the US serves in high office — in the White House, Congress, the bureaucracy and judicial branch.

Its criminal class is bipartisan, both warrior wings of its one-party state as menacing to humanity as the other.

In the wake of Trump regime assassinations, acts of war on Iran and Iraq, events are fast-moving.

On Sunday during an emergency session, Iraqi parliamentarians voted to expel US occupying and coalition forces, demanding it supported by Prime Minister Mahdi.

Press TV reported that MPs "cit(ed) Articles 59 and 109 of the (Iraqi) Constitution" — expulsion "in line with their national and regulatory responsibilities as representatives to safeguard the security and sovereignty of Iraq."

US forces were allowed back in the country to combat the scourge of ISIS — created and supported by Washington.

In late 2017, military operations against their jihadists were concluded. Iraqi parliamentarians and ruling authorities want US occupation of the country ended.

According to adopted legislation, Baghdad is required to file a formal complaint with the UN Security Council against US aggression on its territory.

"We will defeat Americans and drive them out, as we did earlier in the face of Daesh (ISIS)."

"We will expel Americans right before Iraqis' eyes as they will be frustrated and humiliated."

"We will press ahead with this struggle. We don't have any option but to fully restore Iraq's sovereignty."

Time and again, Trump tweets and otherwise comments before he thinks.

On Sunday following Iraqi MPs voting for the expulsion of US forces, he said the following:

"We're not leaving (Iraq) unless they pay us back for" what the US spent in the country — to smash it and massacre its people for decades, he failed to explain, adding:

"If they do ask us to leave…(w)e will charge them sanctions like they've never seen before ever."

Iraq is US-occupied territory, threatening its sovereignty, population, and the region.

As long as US forces remain anywhere in the Middle East, and Washington continues supplying billions of dollars worth of heavy weapons to its belligerent nations, regional peace, stability and security will remain unattainable.

Ahead of Sunday's vote by Iraqi parliamentarians, the Trump regime tried and failed to stop it.

Ongoing turmoil in the country with US dirty hands behind it makes it uncertain what's coming next.

Pentagon forces will likely be forced out of Iraq, when and under what circumstances uncertain. It could be a long time coming or sooner. It's too early to know either way.

It elevated them to martyr status, making them more prominent in death than alive, arousing the people of both countries, uniting them against the US hegemonic menace.

Only Cassandra was good at predicting future events. What's ahead remains unknown for mere mortals like myself.

If past is prologue, most likely things will be more dismal than already, at home and abroad.

Endless US wars of aggression against nonbelligerent countries may continue in our lifetimes, new ones launched, hordes of newly recruited US terrorist foot soldier replacing eliminated ones.

Forever wars are the new normal, ones launched by the US post-9/11 continuing with no near-term prospect for resolution.

Along with Afghanistan, Yemen, Syria, Libya, Somalia, Donbass (Ukraine), Occupied Palestine, and Iraq, Iran is in the eye of the storm.

Will the Trump regime attack Islamic Republic territory in the new year?

Will it risk the mother of all post-9/11 wars by going this far, boiling over the region more greatly than already, risking blockage of regional oil supplies to world markets — severe global recession conditions to follow if this happens and it's protracted.

I believe US hot war with Iran is unlikely because of its potentially catastrophic consequences if launched.

At the same time, with hardliners in charge of US geopolitical policymaking in both right wings of its war party, the unthinkable is ominously possible.