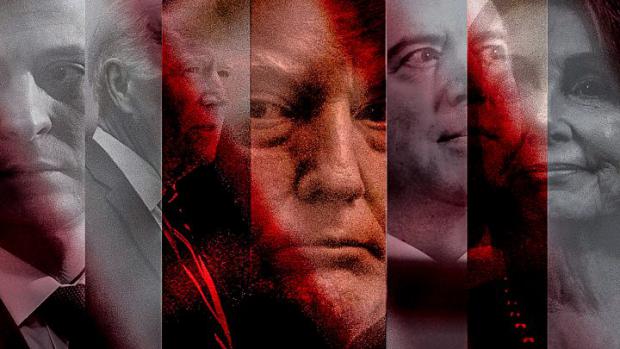 Impeach Trump for Acts of War on Iraq, Iran and Elsewhere

Trump's legal team reportedly prepared their strategy to challenge articles of impeachment by House Dems — yet to be sent to the GOP-controlled Senate for trial.

According to Law Professor Jonathan Turley, "(b)y rushing the impeachment and forcing a vote before Christmas, the House gave up control over an incomplete and insufficient case for removal," adding:

"It gave up that control to a chamber controlled by the opposing party."

"Speaker Nancy Pelosi's attempt to game the system has not achieved any concession from Senate Majority Leader Mitch McConnell."

"Few of us believed it would. Now the House will proceed on the thinnest record ever presented in a modern presidential impeachment trial."

Clearly it's going nowhere, likely to help Trump's reelection, not undermine it.

Articles of impeachment by House Dems against Trump with no legitimate standing seek political advantage in November's presidential and congressional elections.

That's what this is all about, ignoring serious Trump wrongdoing, just cause for impeachment and removal from office. More on this below.

Under the Constitution's Article II, Section 4, impeachment and conviction require proving "treason, bribery, or other high crimes and misdemeanors."

No legitimacy exists to impeach Trump for abuse of power on grounds of seeking interference from Ukraine to aid his 2020 presidential reelection and obstruction of Congress for defying House subpoenas.

Clear just cause exists to impeach and remove him from office for crimes of war, against humanity, and betraying the public trust by serving monied interests exclusively at the expense of ordinary people he greatly harmed at home and abroad.

Breaching virtually every positive promise made to the American people proved he can never be trusted and no longer has justification to serve.

Abroad, he escalated crimes of war and against humanity against Syria, Yemen, Afghanistan, and Somalia.

He supports aggression in Libya, Donbass, Ukraine, and Occupied Palestine.

He supports international terrorism while pretending to combat it.

As US president and commander-in-chief, he's responsible for high crimes at home and abroad, legitimate impeachable offenses.

All of the above are high crimes, just cause to impeach and remove him from office, what Dems and Republicans should support.

Clearly they won't because they share guilt. The vast majority of Washington's political class is guilty of high crimes and misdemeanors — by supporting aggression, state terrorism, and other hostile actions

In response to Trump's threat to target dozens of Iranian sites, including cultural ones, President Rouhani warned him "never (to) threaten the Iranian nation."

In solidarity against imperial USA for assassinating General Soleimani, millions of Iranians took to the streets over the weekend and Monday to honor him and symbolically stand against the scourge America represents.

As a nation mourns the loss of its revered Quds Force commander, his assassination an act of war by any standard, Iran's parliament discussed an appropriate response, the body's spokesman Asadollah Abbasi saying:

"In reaction to the recent terrorist and cowardly assassination of Lt. Gen. Qassem Soleimani and his companions by the US and as decided by the presiding board, the triple-urgency motion will be put on the agenda of the parliament's open session," adding:

"The latest US action is viewed as 'state-sponsored terrorism' not only by the parliament's presiding board but also by most world countries, and the ratification of the triple-urgency motion lends legal credit to this issue."

On Tuesday, Iranian Foreign Minister Zarif denounced the US for its "blatant disregard for the jus cogens in international law as well as for universally-recognized rights and immunities," adding:

"This is the same schizophrenic approach that repugnantly threatens, in contravention of international law, to strike Iran's cultural sites which are part of the shared human cultural and civilizational heritage."

Killing Soleimani, a "voice of independence-seeking struggles" in the war-torn Middle East, was a "cowardly" attack on him and the Iranian nation, "a strategic blunder."

The only way forward for restoration of regional peace and stability is "expulsion of the US from West Asia."

Zarif stressed that Iran remains "the anchor of peace and security" in the Middle East, along with its development.

Peace and stability defeat US imperial aims. Endless wars and other hostile actions serve it — what its imperial scourge is all about.