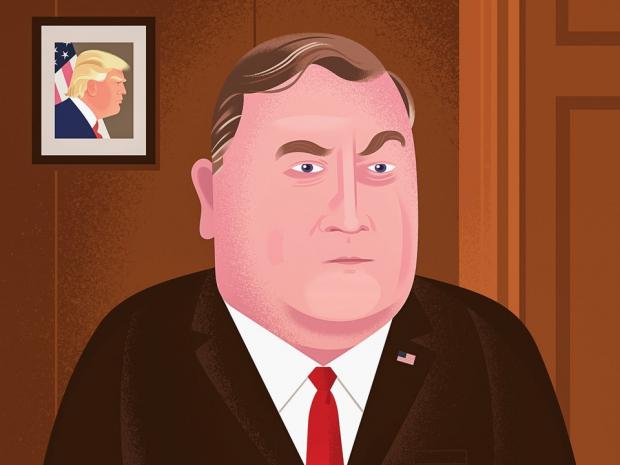 Pompeo has 2024 presidential ambitions. The prospect should terrify everyone worldwide.

He acted with malice, arrogance, and contempt for the law by denying Zarif a visa to attend a January 9 Security Council session in New York he was scheduled to address — breaching a 1947 agreement that requires the US to permit entry of foreign diplomats into the country to conduct UN business.

On Tuesday, Zarif confirmed the affront, saying the Trump regime blocked his Security Council participation "because they fear someone will go there and tell the truth to the American people," adding:

"But they are mistaken. The world is not limited to New York. You can speak with American people from Tehran too and we will do that."

"Denying me a visa in violation of 1947 UNHQ Agreement pales in comparison to:

But what are they really afraid of? Truth?"

Their mission is mass deception, establishment media complicit by giving them a platform to dissemble unchallenged — truth-telling omitted in their remarks on major issues, Big Lies instead.

He falsely called Trump regime assassinated Iranian General Qassem Soleimani a "terrorist (sic)…someone who has afflicted many deaths on Americans, over 600 in Iraq, in countless other places (sic)" adding:

"(T)here were…plots that he was working on that were aimed directly at significant harm to American interests throughout the region, not just in Iraq (sic)."

"(F)or…a couple of decades (he) put so much pain and suffering on the American people and, frankly, the people in the region, too (sic)."

Fact: All of the above are bald-faced Big Lies. Pompeo cited no evidence proving his accusations because none exists.

Fact: He was on a diplomatic peace mission to Iraq when assassinated by the Trump regime — a flagrant UN Charter breach, an act of war against Iraq and Iran, the highest of high crimes, a US specialty.

Fact: Instead of challenging his Big Lies, propaganda talk show hosts supported them by failing to hold his feet to the fire.

Pompeo: "We would have been culpably negligent had we not taken this action (sic). The American people would have said that we weren't doing the right thing to protect and defend American lives (sic)."

No challenge to these Big Lies followed, no evidence proving anything US ruling authorities say about sovereign states on its target list for regime change.

Pompeo: "We made the right decision (sic)." War crimes are never right at any times, under any conditions, with no allowed exceptions.

Pompeo: "There was lots of intelligence (sic)." There was none indicating an imminent threat to US lives and interests that assassinating Soleimani prevented.

Fact: Its strategy is all about waging endless wars of aggression and committing other hostile actions against invented enemies. No real ones exist. Its predecessors operated the same way.

Fact: Most Americans are so uninformed, out of touch, and over-entertained that they have no understanding of the high crimes of war and against humanity committed by US ruling authorities — based on Big Lies and deception.

Pompeo's claim that America is safer because Soleimani was assassinated turned truth on its head. Polar opposite is true.

The US is an unparalleled terrorist organization, masquerading as a nation state.

The same goes for its imperial allies, waging war on humanity in multiple theaters, responsible for millions of casualties, vast destruction, and unspeakable human misery worldwide.

Iran hasn't attacked another nation in centuries, what the US and its partners in high crimes do repeatedly.

There's no ambiguity about who's on the right side of history and who threatens world peace, stability and security.

No nation in world history is more menacing to more people worldwide than the United States of endless wars on humanity.

So did Trump, saying if Tehran retaliates in response to Soleimani's assassination in self-defense, its legal right, his regime "will quickly and fully strike back."

They both sound deranged, part of the criminal class running the US, an out-of-control gangster state, threatening everyone by its rage to dominate.