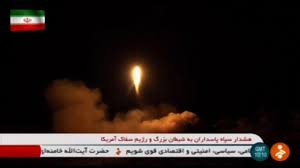 Iran Retaliates Against US Aggression

The Trump regime's assassination of Iranian General Soleimani, Iraqi deputy PMU commander Muhandis, and others with them was a flagrant UN Charter breach — an act of war against both countries.

International law affirms the right of self-defense in response to a preemptive attack on a nation's territory, including under Article 51 of the UN Charter.

It prohibits one nation from attacking another except in self-defense, stating:

US preemptive strikes on Iraqi territory against Kata'ib Hezbollah on December 29, followed days later on January 3 by killing Soleimani and Muhandis, was naked aggression by any standard — potentially opening the gates of hell for greater regional war than already.

Aggression by one country against another is the highest of high crimes, all others paling in comparison.

UN General Assembly Res. 3314 calls aggression the "most serious and dangerous form of the illegal use of force."

It defined aggression as "the (unjustifiable) use of armed force by a State against the sovereignty, territorial integrity or political independence of another State, or in any other manner inconsistent with the Charter of the United Nations."

In response to the Trump regime's assassination of General Soleimani, Iran promised a strong response.

Pre-dawn Wednesday it came. Iranian missiles struck two US military bases in Iraq, Ayatollah Ali Khamenei calling retaliation a "slap in the face" to the US.

"Iran took & concluded proportionate measures in self-defense under Article 51 of UN Charter targeting base from which cowardly armed attack against our citizens & senior officials were launched."

"We do not seek escalation or war, but will defend ourselves against any aggression."

According to Iranian media, about 35 missiles were launched by the IGRC at US bases in Ayn al-Asad and Erbil, along with rockets fired on US targets in Iraq.

Tehran called the operation "Martyr Soleimani," intended as "hard revenge" for his assassination by imperial USA, an aggressor state.

Retaliation came after Khamenei warned that "harsh vengeance awaits the (US) criminals."

No official word of casualties or damage on US bases so far was reported. Reuters cited "Iranian state television," saying at least 80 "American terrorists" were killed, Pentagon helicopters and military equipment "severely damaged."

Iran's IRGC reportedly said 100 other US targets are on its target list to attack if further Trump regime aggression is forthcoming.

An IRGC statement said further US aggression against Iran will incur "more painful and crushing responses," including against Israel.

Iranian General Mohammad Hossein Baqeri said henceforth, "any new evil act by the US will face a stronger and more crushing response with a broader range," adding:

"The time has come for the evil authorities of the United States to realize the Islamic Republic of Iran's capabilities in a greater extent of global geography, adopt a principled approach, and pull the forces of their terrorist army out of the region as soon as possible."

By letter to UN Secretary General Guterres, Iranian envoy to the world body Majid Takht Ravanchi said "in conformity with international law and in exercising its inherent right to self-defense, Iran will take all necessary and proportionate measures against any threat or use of force," citing UN Charter Article 51.

Read his full letter through this link:

"(O)ur revenge…was carried out last night…What is important in addition to retaliation is that military operations do not suffice," adding:

"It is important to end the US corrupting presence in the region."

"Americans are insisting on bringing corruption and destruction into our dear Iran."

"Talks of sitting down at the negotiating table is a preface to interventions, which must end."

"Regional nations do not accept the US presence and its meddling measures."

He and hardliners surrounding him have a choice — either back off from greater conflict or strike again and risk the mother of all regional wars against a nation able to hit back hard against US facilities and its allies, notably Israel and the Saudis.

The following IRGC statement should be taken seriously, stating:

"We are warning all US allies who gave their bases to its terrorist army that any territory that in any way becomes the starting point of hostile and aggressive acts against the Islamic Republic of Iran will be targeted."

Iran designated the Pentagon a terrorist organization. Henceforth it'll likely be treated as one in response to further US aggression against the Islamic Republic if launched.

On Press TV Tuesday in response to the question of whether Soleimani's assassination was the beginning of the end of the US presence in the Middle East, I cited Winston Churchill's November 1942 remark during WW II after a victory by allied forces against the Nazis at El Alamein, Egypt.

Here's the quote I paraphrased, saying: