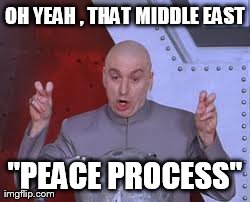 The goal of Iran, its allies, and the Arab street is freeing the Middle East from hostile US and other foreign forces.

Iranian President Hassan Rouhani stressed the importance of this objective, saying, "(w)e  believe that the US should receive its chief response from the nations of the region," adding:

The Trump regime murdered General Soleimani. "The revenge for this is for us to sever and cut off the US's feet from this region" — expelling them, preventing their return.

Foreign Minister Zarif made similar comments, saying anti-US rage is growing. It's "spending its last days in our region."

Iran "had to show a military reaction to the US…The end will be the withdrawal of the US" from the region.

"The Islamic Republic of Iran has declared that if the US makes a mistake, it will definitely be given a response."

Zarif stressed that Iran's response to Soleimani's assassination was "proportionate" in compliance with international law — polar opposite how the US operates.

Iran "does not seek escalation or war, but will defend ourselves against any aggression," he added.

Wherever US forces show up in parts of the world with sovereign nations it doesn't control, mass slaughter, vast destruction and human misery follow.

The US is a violent culture, how it's been from inception, today with super-weapons able to kill us all.

The scourge of its imperial rage threatens global war, endless war a US addiction.

In 1982 congressional testimony, father of the US nuclear navy Admiral Hyman Rickover said "(t)he lesson of history is when a war starts every nation will ultimately use whatever weapons it has available" to win.

US war with Iran could set the Middle East ablaze far more than already. US war with Russia, China, or another nuclear power could kill us all.

What's coming by the Trump regime in response to Iranian missile strikes on two US bases in Iraq remains to be seen.

What's ahead most likely will be continued US economic terrorism against Tehran and other hostile actions, short of attacking Iranian territory.

Tehran vowed to respond proportionately to US aggression in whatever form it comes.

On Wednesday, Iran's Tasnim News said IRGC missiles used against the US in retaliation for General Soleimani's murder were "Fateh-313 and Qiam missiles, with a range of 500 km and 800 km, respectively," adding:

They have such "high velocity that the American defense systems (were) unable to intercept any of the projectiles."

Qiam missiles are "equipped with radar jamming systems and fragmentation warheads" — the first time the IRGC used these advanced weapons.

"(O)nly the Ain al-Assad base" was attacked" with these advanced weapons. "The Americans (were told) that any (unacceptable) reaction to the strike would have sparked a very harsh response from Tehran."

"The time has come for the evil authorities of the United States to realize the Islamic Republic of Iran's capabilities in a greater extent of global geography, adopt a principled approach, and pull the forces of their terrorist army out of the region as soon as possible."

Iraq reported no casualties to its personnel on the base. US and other Western countries made similar statements.

Most likely there were no deaths, some injuries. It's hard imagining that multiple detonations and shrapnel from them failed to wound anyone.

Mehr News said around "20 critical points of the (Ain al-Assad) base were hit by 15 missiles, and a significant number of UAVs and helicopters were destroyed," citing an IRGC source, adding:

"Despite the fact that Americans had been on high alert, their air defense was unable to respond." No Iranian missiles were intercepted.

Press TV reported that countries with military or other personnel in Iraq are preparing them for evacuation.

Various countries issued warnings to their nationals against traveling to Iraq and Iran, fearing escalated conflict.

The US FAA restricted American civil aviation flights over Iranian, Iraqi, Persian Gulf and Sea of Oman airspace — "due to heightened military activities and increased political tensions in the Middle East."

The ball is in the Trump regime's court. What's coming is its call.

On Wednesday, Trump claimed there were no casualties overnight from Iran's strikes on US bases in Iraq.

The IRGC maintains otherwise. Key is what's coming next.

The US has tens of thousands of military forces in the region, its bases used as platforms for endless wars of aggression.

The only chance for restoration of Middle East peace and stability is by expelling US forces from the region.

On Wednesday, Trump said he's asking NATO countries to get more involved in the Middle East — polar opposite what's needed.

He said nothing about US retaliation against Iran for its pre-dawn Wednesday strikes on US bases in Iraq, a positive sign.

As he says time and again: "We'll see what happens" ahead.

I expect continued Trump regime hostilities against Iran short of war the US can't win if launched.