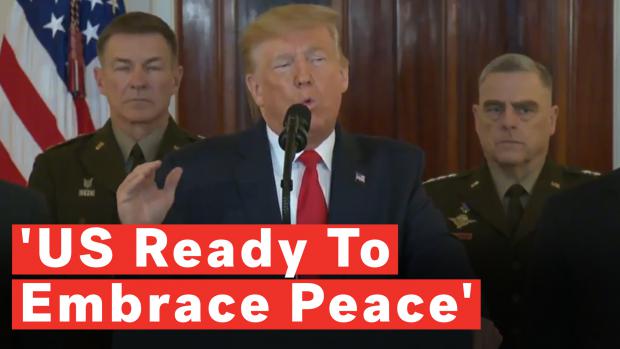 Throughout the post-WW II era, permanent war and military Keynesianism has been and remains official US policy — under both right wings of the one-party state.

Endless wars against invented enemies are glorified in the name of peace, what the Pentagon calls a "long war," what Dick Cheney once said won't end in our lifetime.

In his book titled "Perpetual War for Perpetual Peace," Gore Vidal said: "(O)ur rulers…made sure that we are never to be told the truth about anything that our government has done to other people, not to mention our own."

Seymour Melman explained that "every major aspect of American life is…shaped by our Permanent War Economy" — peace and stability anathema notions to bipartisan US policymakers.

Militarism, endless wars of aggression, and corporate handouts come at the expense of unmet human needs.

Anti-nuclear activist/physician Helen Caldicott stressed that the US "addiction (to wars) in (the) nuclear age, (could) destroy all life on earth, creating the final epidemic of the human race."

Endless wars serve US imperial aims. World peace and stability defeat them — what was likely explained to Trump straightaway after taking office.

Hostility toward Iran without letup continues on his watch — war by other means through economic terrorism and other hostile actions, short of all-out hot war US policymakers know can't be won.

Trump's anti-Iran agenda has nothing to do with preventing the country from developing nuclear weapons it abhors, doesn't have, never sought, and wants eliminated everywhere — while ignoring nuclear armed and dangerous Israel.

No criticism of its apartheid viciousness or terror-bombing of Syrian sites is mentioned by US policymakers or establishment media, nothing said about the menace it poses — in contrast to regional peace and stability advocate Iran.

US hostility toward the Islamic Republic has everything to do with wanting it returned to US vassal state status, gaining control over its vast hydrocarbon resources, and eliminating Israel's main regional rival.

Trump turned truth on its head, saying the US "is ready to embrace peace with all who seek it (sic)" — while waging endless aggressive wars in multiple theaters, along with war by other means on Iran, Venezuela, North Korea, Russia, China, Cuba, and other countries the US doesn't control.

"(P)artnership with the United States is meaningless as long as the country persists with its policy of 'escalation and animosity.' "

The Trump regime continues hot war and by other means against nations the US doesn't control.

It abandoned the landmark INF Treaty and JCOPA nuclear deal — based on Big Lies and deception.

It's economic terrorism on Iran, Venezuela, and other countries is all about crushing their economies and immiserating their people.

Unlawful US sanctions are weapons of war by other means. Trump falsely accused Iran of "support(ing) terrorism" — a US, NATO, Israeli, Saudi specialty, what Iran actively combats, General Soleimani key in defeating US-supported ISIS jihadists in Iraq and Syria, likely why he was assassinated.

For now, Trump stepped back from the brink of all-out hot war on Iran — while continuing unlawful hostile actions against the country and others.

What's ahead is likely to be more of the same. The US is a belligerent state waging endless war on humanity at home and abroad.

Trump continues the hostile agenda he inherited — abandoning peace, stability, equity, justice, the rule of law, and other democratic values like most of his predecessors.