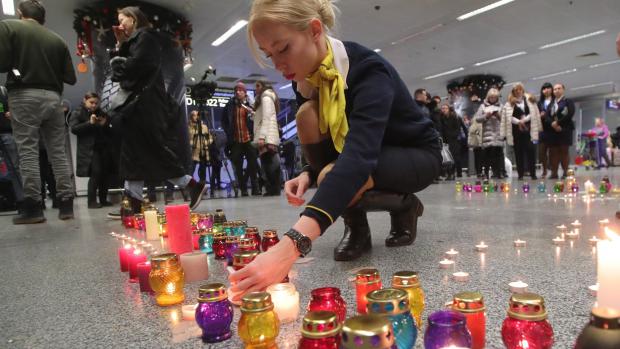 The crash of Ukraine Airlines Flight 752 minutes after departing from Tehran's International Airport was almost certainly a tragic accident.

No credible evidence suggests Iranian responsibility for what happened.

Yet the usual unreliable sources go all-out to lay blame where it does not belong.

The NYT falsely claimed an "Iranian missile accidentally brought down (the) Ukrainian jet," citing unnamed officials and so-called "evidence" they claim — despite none existing, the Times adding:

"Western intelligence showed that Iran was responsible for the plane crash (sic), suggesting that the deaths of those aboard were a consequence of the heightened tensions between Washington and Iran (sic)."

My same-day article stressed that there were no credible reports of satellite images showing one or more missiles in Iranian airspace before the Ukraine airliner crashed.

So-called intelligence claimed by the US, UK and Canada is fake, part of longstanding Iran bashing.

US liar-in-chief Trump turned truth on its head like he does time and again, saying:

"I personally don't even think that's even a question" as to whether a mechanical failure caused the crash, adding:

"It was flying in a pretty rough neighborhood. Somebody could have made a mistake."

An unnamed US official falsely claimed US intelligence indicates that Iran's military downed the Ukraine airliner with a Russian-supplied ground-to-air anti-aircraft missile.

The Times cited unnamed "senior American officials…saying that they had a high level of confidence in their findings" — code language for none at all, adding:

An alleged "video…appeared to show an Iranian missile exploding" in airspace near where the Ukraine airliner stopped transmitting signals.

The US, NATO, and Israel are notorious for using videos and other images unrelated to a current incident.

The so-called video referred to by the Times could have been from years earlier in the airspace over an active US war theater — perhaps Afghanistan, Syria, Libya or Yemen, not Iran.

The Times report was typical state-approved disinformation — reading like a Pentagon or CIA press release.

WaPo's fake news report on the Ukraine airliner crash was similar. Citing anti-Iran Western sources, it falsely blamed an Iranian missile for downing the aircraft — despite no credible evidence suggesting it, adding:

"The US officials, speaking on the condition of anonymity to discuss intelligence matters, offered no other details" supporting their accusation — because nothing suggests Iranian responsibility for what happened, WaPo failed to stress.

The Wall Street Journal headlined: "US, Allies Believe Ukraine Plane Was Shot Down by Iran," saying:

"The US has a 'high level of confidence' in the assessment (sic).

An Iranian government spokesman debunked the false accusation, calling it a "big lie."

Other Western media fake news reports were similar to the ones above.

"I still haven't been forgiven by god for the covering up I did last year. Can't do it one more time. Pearly gates will be closed."

Boeing documents showed regulators were "ridiculed (as) morons." Company employees said the troubled 737 MAX was "designed by clowns, who in turn are supervised by monkeys."