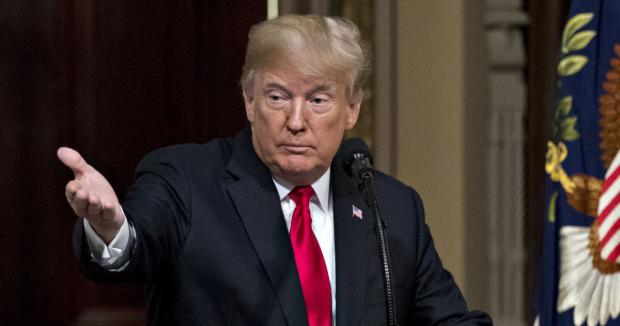 Individual or mass murder is a crime against humanity under international law.

It's also a war crime when committed by one nation against  another country's nationals, the highest of high crimes.

A state of undeclared war exists between the US and Iran for the cold-blooded murder of General Qassem Soleimani.

Despite neither country wanting hot war against each other, its risk is heightened because of what happened — along with US rage to transform all sovereign independent countries into vassal states.

Trump was duped by hardliners surrounding him to sign off on Soleimani's assassination, what no responsible leader anywhere would authorize.

He and complicit regime officials bear full responsibility for the consequences to come.

According to NBC News  on Monday, "Trump authorized Soleimani's killing 7 months ago, with conditions," namely: "if Iran's increased aggression (sic) resulted in the death of an American."

Fact: No Iranian "aggression" existed earlier or now, a US, NATO, Israeli specialty, not how the Islamic Republic ever operated against another country.

According to NBC News, hardliners Bolton (now gone) and Pompeo (still around) pushed Trump to sign off on killing Soleimani, adding:

He agreed only if Americans were killed, said NBC, citing an unnamed source.

Not a shred of credible evidence suggests belligerent Iranian actions against the US or any other countries.

If true, the US would have retaliated militarily against Iran long ago, what didn't happen until Soleimani's assassination on January 3.

It was decided to kill him on arrival in Baghdad late at night to minimize collateral damage — what the US doesn't give a hoot about in all its war theaters.

Soleimani operated overtly, not covertly, his whereabouts well known to the US and Israel.

It's unclear why killing him in Baghdad on a diplomatic peace mission was ordered.

Perhaps it was to eliminate him and Iraqi deputy PMU commander Muhandis at the same time.

Yet they could have been killed separately long ago. A more likely explanation was wanting Soleimani's peace initiative sabotaged.

Soleimani and other regional anti-terrorist freedom fighters opposed to endless US wars of aggression are on Washington's target list for elimination.

That's why he and Muhandis were killed. Why now and not earlier was perhaps because of internal disagreement over timing, location, and how Iranians, Iraqis, and the Arab street would react.

Besides committing a crime of war and against humanity, I believe their elimination was a colossal blunder.

Achieving little strategically, it opened the gates of hell for retaliation against American military and civilian personnel in the region. They're no longer safe, not even on US bases.

Their assassinations also further hastened US imperial decline by transforming millions more people in the Middle East and elsewhere into seething US haters.

US war on humanity for global dominance is self-destructive, sowing the seeds of its own decline.

It's just a matter of when and how, humanity able to exhale at last when the threat of US aggression is gone.