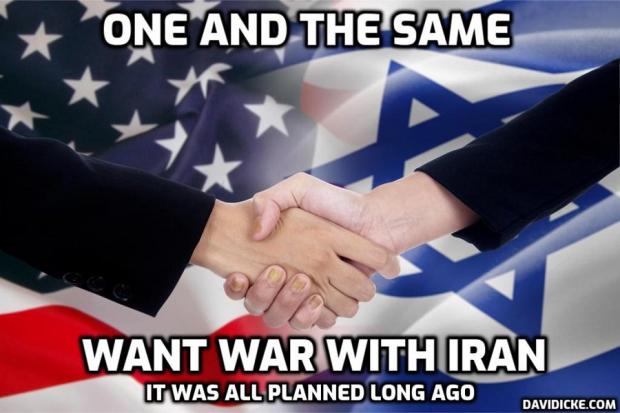 The US and Israel partner in each other's wars and numerous other hostile actions.

NBC said "(t)he Americans were waiting for him" in Baghdad, adding:

Israel's Mossad informed the CIA of his planned Iraq visit, NBC and Israeli media failing to explain he was on a diplomatic peace mission.

Nor did they pay proper tribute to an Iranian peace and stability champion, a warrior hero in the vanguard of combatting US-supported ISIS and likeminded terrorists — a figure widely admired in Iran, regionally and elsewhere.

The US, Israel and their imperial partners wanted him killed to eliminate the threat he posed to jihadist foot soldiers they support that he combatted successfully.

According to NBC News, US spies at Baghdad's international airport confirmed his whereabouts after arriving in Iraq on January 3, adding:

"Three American drones moved into position overhead, with no fear of challenge in an Iraqi airspace completely dominated by the US military. Each was armed with four Hellfire missiles."

"This account of how the United States took out Soleimani is based on interviews with two people directly familiar with the details of the operation, as well as other American officials who were briefed on it."

CIA director Haspel and US war secretary Esper were monitoring what happened at Langley and the Pentagon respectively in real time, Trump vacationing in Florida when Soleimani was assassinated.

Four US missiles were fired from drones on vehicles with Soleimani, deputy PMU head Muhandis and others with them, killing them by the explosion and fireball.

He combatted US-supported terrorists, not Pentagon or allied military personnel.

Mass or individual killings come easy to the US and its imperial allies — international, constitutional, and US statute laws flagrantly breached time and again, what establishment media ignore.

Pompeo briefed Netanyahu of plans to assassinate him in advance.

On January 3, the day he was murdered, US special forces tried and failed to murder Iranian Quds Force commander Abdul Reza Shahlai in Yemen.

Trump is the nominal head of longstanding US aims for unchallenged global dominance by brute force and other hostile actions.

Iran supports regional peace and stability but if attacked, it'll hit back hard against aggressors, Israel a prime target if the US strikes its territory.

According to some analysts, Trump's OKing of Soleimani's assassination was a wag the dog move to divert attention from his House impeachment.

While possible, it's important to point out that impeachment didn't negatively affect his approval rating with US voters, and exoneration by the GOP-controlled Senate is virtually certain.

Dem-supported impeachment is a politicized move aimed at boosting their chance to win back the White and Senate, while maintaining House control.

While war with Iran is unlikely, killing Soleimani elevated him to martyr status, uniting millions in Iran, Iraq, and elsewhere in the region against the US presence.

It's why I believe killing him was a colossal blunder, making Americans in the region unsafe, US officials perhaps vulnerable to assassination, perhaps hastening the day when US military occupation of regional countries will end.

Iran is unlikely to be satisfied with a slap on the US wrist response for Soleimani's assassination.

Its attacks on two US bases in Iraq tried to avoid or minimize casualties, focusing on causing material damage alone.

Its missiles penetrated US defenses. The IRGC can cause mass US (and likely Israeli) casualties at its discretion, militarily able to punish an aggressor harshly.

Iran's retaliation sent a message to the US and its regional allies. They're vulnerable to be struck hard if Islamic Republic territory is targeted or their nationals harmed.

The Middle East remains a tinderbox because of US military occupation and rage to control the region unchallenged.

It's just a matter of time before the next US-instigated incident, risking greater war than already by accident or design.