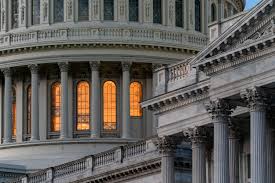 GOA Calls Withholding of US Military Aid to Ukraine Unlawful: Does it Matter?

Earlier I explained what US military aid to fascist Ukraine goes for.

The FY 2019 US (NDAA) warmaking budget includes $250 million in military aid for Ukraine to wage war on its own people in Donbass, for homeland repression, and hostile actions against Russia.

Another $141 million is channelled through the State Department, nearly $400 million in total for advancing America's imperium, mostly for endless war in southeast Ukraine near Russia's border.

US and UK special forces are involved in training Ukraine's military for endless aggression.

The so-called Ukraine Freedom Support Act (UFSA) of 2014 authorized US lethal and non-lethal aid to Kiev.

A state of US orchestrated war has existed in Ukraine since spring 2014 between Pentagon/CIA armed, trained, and directed Ukrainian forces against Donbass freedom fighters — breaking from Kiev, wanting democratic governance over illegitimate (US controlled) fascist rule.

Along with most other establishment media, the NYT goes out of its way to bash Trump for the wrong reasons, ignoring major legitimate ones.

On Thursday, it cited a Government Accountability Office (GAO) report, saying Trump violated US law by withholding aid to Ukraine that was authorized by Congress.

"Faithful execution of the law does not permit the president to substitute his own policy priorities for those that Congress has enacted into law," said the GAO.

The Impoundment Control Act (1974) requires congressional approval for the president to withhold funds to a nation, approved by lawmakers.

Release of the GAO's report days before Trump Senate trial was suspicious, denied by the office's general counsel Thomas Armstrong.

The Times jumped on the report, claiming funds were withheld to pressure Ukrainian President Zelensky to investigate Joe Biden, Trump's key Dem rival in the 2020 race for the White House.

Zelensky earlier denied the accusation, saying there was no Trump blackmail threat, no quid pro quo, no conspiracy, nothing discussed about withholding US aid for political reasons.

Separately the Times claimed that Trump froze military aid to Ukraine "to carry out his agenda…shock(ing) America's national security apparatus — from the National Security Council to the State Department and the Pentagon."

According to Law Professor Jonathan Turley, Trump's minor law violation was much ado about little — "not on its face an impeachable act."

Other US presidents committed similar violations, including Bill Clinton and Obama — with no ruckus raised about them.

Bombshell headlines by the Times and other establishment media greatly exaggerate the significance of the GAO's report.

It'll have no effect on Senate proceedings to begin next Tuesday.

They'll likely be concluded in two or three weeks, Trump's exoneration virtually certain — because Dems impeached him for dubious reasons, not legitimate ones.

Why is because the vast majority in Congress share guilt on issues of wars of aggression, crimes of war and against humanity, along with betraying the public trust.

Washington's criminal class is bipartisan. There's plenty of guilt to go around on these and other major issues.

Joe Biden's disturbing record on  countless issues makes him the most unacceptable Dem presidential aspirant — a dirty business as usual adherent during decades of public office.

There's nothing liberal about terror-bombing seven countries in eight years, about toppling democratic governments, about countless other high crimes of state — Biden up to his ears in state-sponsored criminality throughout his public life since the 1970s.

He threatened to withhold an Obama regime billion dollar loan guarantee to Kievm if he wasn't sacked.

At the Council on Foreign Relations, Biden bragged about getting Shokin fired. Blackmail threats forced the issue.

As Obama regime vice president, he was involved in replacing Ukraine's democratically elected governance with Nazi-infested fascist tyranny, followed by endless war on Donbass — along with naked aggression on Libya and Syria.

Accountability for high crimes committed by him, Obama, and other regime officials never followed — establishment media never raising the issue.