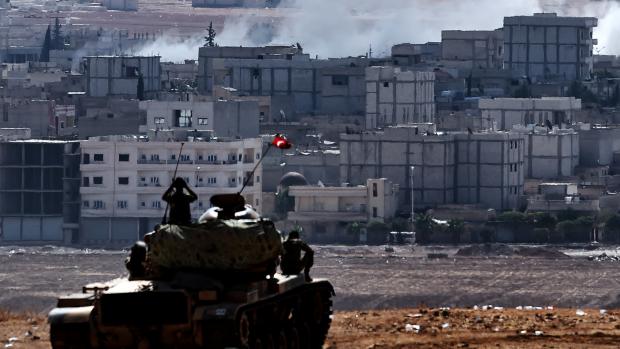 Throughout nearly nine years of US war in Syria, numerous declared ceasefires were breached straightaway by US-supported jihadists.

Why? Because restoration of peace and stability to Syria and other US war theaters defeats its imperial aims — dependent on endless wars, instability and chaos.

The latest no-ceasefire/ceasefire in Syria was declared on January 12 between Russia and Turkey, according to Tass, saying:

"As part of an agreement with the Russian Federation, a ceasefire will be declared in the Idlib de-escalation zone from 00:01 on January 12, 2020."

Like numerous times before, it was more illusory than real, breached straightaway by jihadists.

Along with the US, Ankara supports these elements in northern Syria's Idlib province, the Trump and Erdogan regimes using them to further their imperial aims.

As long as terrorist fighters in Syria continue to be heavily armed, funded, trained and directed by the US and its imperial partners, restoration of peace and stability throughout the country will remain unattainable.

On Saturday, SANA reported that government forces continue combatting terrorists until the battle to eliminate them is won.

Throughout years of endless war, millions of Syrian civilians "suffer(ed) (because US-supported jihadists) spread death and destruction for nine years…using civilians as human shields, turning hospitals and schools to military centers, and firing shells and rockets arbitrarily at residential areas."

Pro-Western UN officials falsely blame Russian and Syrian forces for crimes of war and against humanity committed by US-supported jihadists.

The UN Office for the Coordination of Humanitarian Affairs (OCHA) falsely blamed both countries for dire humanitarian conditions in Idlib — areas controlled by US-supported terrorists, it failed to explain.

"Russia has been accused of carrying out attacks against hospitals and civilian infrastructures throughout its involvement in Syria's war (sic)," — Syrian forces falsely accused the same way.

Crimes of war and against humanity by jihadists have been largely ignored throughout the war, CW attacks they commit falsely blamed on Damascus.

"Reports by a number of media outlets about strikes allegedly carried out by Russian combat aircraft on civilian targets in the Idlib de-escalation zone are false," adding:

"Since the beginning of the (Jan. 12) ceasefire, the Russian Aerospace Forces have not conducted any sorties in the area."

Syrian media reported that government forces resumed their offensive in Idlib in response to multiple ceasefire breaches by jihadists.

Since 2012, Russian conflict resolution efforts failed because the US rejects restoration of peace and stability to Syria.

The only alternative is defeating jihadists militarily if they continue to reject ceasefire and remain unwilling to abandon their heavy weapons.

On Saturday, Southfront reported that Syrian forces launched "another ground attack in the southeastern countryside of Idlib…heavy clashes (ongoing to capture) the hilltop of Mustayf," adding:

Syria's "Special Forces Division, previously known as the Tiger Forces, has been amassing its troops in southeast Idlib for the last two weeks" — likely preparing for a large-scale offensive.

Despite the liberation of most Syrian territory from US-supported terrorists, the battle for the country's soul has miles to go, perhaps years more fighting ahead because the US rejects conflict resolution.

Russia and Turkey Remain at Impasse Over Syria