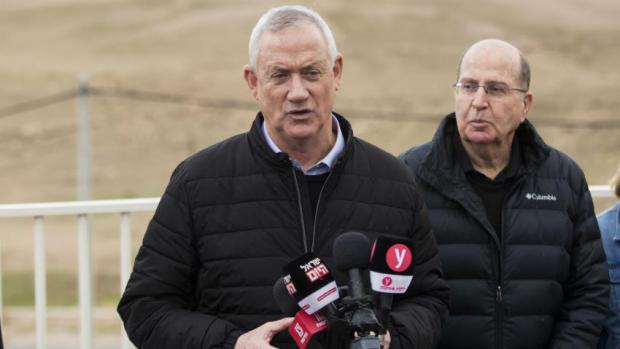 The Jordan Valley, including the northern Dead Sea, comprise about 30% of the West Bank.

Most of the territory was designated Area C under Oslo II (1995).

To this day, Palestinians got nothing in return for renouncing armed struggle, recognizing Israel's right to exist, and agreeing to leave major unresolved issues for later final status talks. They're still waiting.

Major unresolved issues largely ignored by US proposed no-peace/peace plans since the 1970s include an independent sovereign Palestine free from occupation, the right of return, settlements, borders, water and other resource rights, as well as East Jerusalem as Palestinian territory and future capital.

Oslo established the Palestinian Authority (PA) to enforce Israeli rule over the Territories.

The West Bank was divided into three parts, each with distinct borders, administrations, and security rules — Areas A, B and C, plus a fourth for Greater Jerusalem.

Nominally, the PA has civil control over Areas A and B. In reality, Israel exerts total control over the West Bank, Jerusalem, and Gaza by controlling the Strip's borders and besieging its two million people.

Israel maintains total control, Palestinians prohibited from entering or using nearly 90% of the territory for any purpose.

Almost half of the Jordan Valley is called state land, most of the rest designated closed military zones, nature reserves, and land set aside for regional councils administered by local officials of settlements.

Throughout Area C, including the Jordan Valley, Palestinian residential and other construction is banned without almost impossible to get permit permission.

Slow-motion ethnic cleansing is longstanding Israeli policy, wanting Palestinians dispossessed from areas Israel wants exclusively for Jewish development and use — including the entire Jordan Valley and its resources.

Annexation is planned, including forcible transfer of Palestinians from their land — a war crime under the Rome Statute of the International Criminal Court, prohibiting "extensive destruction and appropriation of property, not justified by military necessity and carried out unlawfully and wantonly."

"Deportation or forced displacement of…persons…from the area in which they are lawfully present, without grounds permitted under international law" is considered a crime against humanity.

The area "is Israel's eastern defensive barrier in any future conflict."

"Israeli governments that spoke of the possibility of returning the area (to Jordanian control) were making a grave strategic and security mistake, and we see this strip of land as an inseparable part of the State of Israel."

Hours later, Netanyahu made a similar vow, saying "we will apply Israeli law to all Israeli (Jordan Valley) communities without exception."

In response to Gantz delaying publication of a Jordan Valley annexation plan until after March elections, Netanyahu said:

"Why wait…if we can apply sovereignty over the Jordan Valley right now with broad consensus in the Knesset?"

"Israel's (Arab) citizens deserve hope, not imitation. This is not how you overturn a prime minister," adding:

"Annexation is the annihilation of any chance at democracy and peace. It seems you forgot that life goes on after the campaign."

"The pathetic attempt to gather a couple votes from the right isn't worth destroying our collective future."

"The time has come to apply Israeli sovereignty to the Jordan Valley and to normalize all (settlement) communities in Judea and Samaria…They will be part of the State of Israel."

If Netanyahu is reelected Israeli prime minister in March or Gantz triumphs over him, Israeli dirty business as usual will continue as always.

It includes illegal occupation, apartheid rule, and annexation of all Palestinian land Israeli leadership wants for exclusive Jewish development and use.