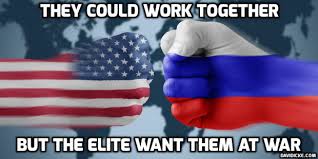 Manipulating the public mind with managed news misinformation and disinformation, they notably bash sovereign independent nations on the US target list for regime change.

Throughout the Cold War and during Putin's tenure in office since 1999 (as president and prime minister), Russia has been US public enemy number one.

Hostility toward Moscow by both right wings of the US war party has nothing to do with any threat posed by its ruling authorities. There is none.

It has everything to do with Russian sovereign independence, its support for world peace, stability, and multi-world polarity, US rage to plunder its resources, and the obstacle Moscow poses to Washington's aim for unchallenged global dominance.

Overall, 12 government officials retained their positions, nine others replaced, perhaps more changes to come under Putin as president until succeeded by a new head of state after 2024 elections.

His aim is strengthening Russia's sovereign independence and smoothing transition to new leadership when his final term as president ends.

Times disinformation falsely claimed his proposed changes aim to let him "rule Russia for the rest of his life" — a bald-faced Big Lie, adding:

His "proposals (are) sure to be adopted by (Russia's) rubber-stamp parliament (sic.)"

In his state of the nation address, he stressed that his proposals are all about "ensur(ing) Russia's further development as a social state ruled by law, enhanc(ing) the effectiveness of national institutions, strengthen(ing) the role of civil society, political parties and our regions in formulating the most important decisions related to the development of our state."

Voters will have final say by national referendum on constitutional changes he proposed, what democracy is supposed to be, what's absent in the US and other Western societies.

His proposed constitutional amendments are polar opposite "provid(ing) the groundwork for (him) to maintain his grip on power even after his fourth term ends in 2024."

The Times and other establishment media won't ever admit that he's the preeminent leader on the world stage, his US and other Western counterparts pygmies compared to his stature — a world peace and stability champion compared to their rage for endless wars.

The neocon/CIA house organ Washington Post resurrected the Russian US election interference Big Lie that won't die, falsely saying "Trump won't discourage (it) in 2020 so Congress has to," adding:

"It's outrageous that Russia mounted a full-scale offensive on American democracy in 2016 (sic)."

"It's outrageous that Russia, by all assessments, plans to mount another next time around (sic)."

"(I)t's outrageous that President Trump won't speak out against this (sic)."

It's "outrageous" that the Big Lie won't die despite no credible evidence ever corroborating claims of Russian US election meddling because none exists — nor anything suggesting intended Russian interference in US 2020 elections — how the US operates, not Moscow.

His foreign policy is all about fostering cooperative relations with other nations, not smashing them, pillaging their resources, and exploiting their people the way the US operates worldwide.

Establishment media operate in cahoots with US dark forces, bashing nations free from their control, supporting US aggression and war by other means, sharing guilt for cheerleading might over right and trashing the rule of law.

The Gulag Was More Murderous Than Hitler's Camps