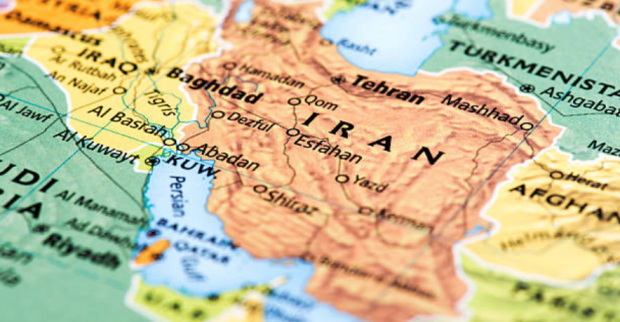 The US has been hostile to Iran since its 1979 revolution, ending a generation of US-installed fascist tyranny, the nation regaining its sovereignty that was destroyed by the CIA's 1953 coup, its first ahead of decades of high crimes to follow.

Trump regime hostility toward Iran exceeds the worst of his predecessors, waging all-out economic terrorism on the nation and its people — its aim all about regime change, wanting pro-Western rule replacing Iranian sovereign independence, along with gaining control over its vast hydrocarbon resources.

Asked on Friday what the Trump regime's plan is for Iran, neocon hardliner Pompeo equated US war on the country by other means to "diplomatic efforts," together with "coalition" partners, aiming for unilateral surrender, a futile agenda against a nation willing and able to defend its sovereignty against a hostile aggressor.

Further remarks included his long ago debunked litany of bald-faced Big Lies about the Islamic Republic and outrageous demands.

Iran's legitimate nuclear program has no military component, affirmed annually by the US intelligence community and through regular IAEA monitoring.

Its ruling authorities are committed to combatting regional terrorism, not supporting it like the US and its imperial partners.

Its missile program and other conventional weapons are solely for self-defense. Iran hasn't attacked another country in centuries — what the US and its imperial partners prioritize, smashing one nation after another, waging state terrorism globally.

On Friday, a NYT opinion piece supported Trump's economic terror on Iran, a hostile agenda that flagrantly breaches international and US constitutional law.

The Times: Trump regime "maximum pressure (is a way) to gain maximum leverage ahead of negotiations to dismantle its nuclear program and address its malign activities (sic)."

Fact: Iran's nuclear program fully complies with NPT and JCPOA provisions. Accusations of "malign activities" are bald-faced Big Lies — how the US, NATO and Israel operate, not the Islamic Republic.

Agreed to by the US, UK, France, Germany, Russia, China and Iran, it was unanimously adopted by the Security Council, making it binding international and US constitutional law.

The Times piece falsely claimed that Trump regime toughness on Iran will get its ruling authorities to yield to its demands.

What hasn't happened for 40 years is highly unlikely to change ahead.

The US is its own worst enemy, losing respect and influence on the world stage — unscrupulous, untrustworthy and ruthless, waging war on humanity, making more enemies than friends.

Iran, formerly Persia, has existed as a nation-state for thousands of years — while imperial USA is destined for the dustbin of history like all other earlier empires.

Iran is the region's leading peace and stability proponent, deploring war and related violence, seeking cooperative relations with other nations.

At the same time, it's militarily strong enough with conventional weapons to hit back hard if attacked — shown by its strikes on two US bases in Iraq in retaliation for the Trump regime's assassination of Quds Force commander General Qassem Soleimani.

Trump ignored significant damage to the bases and injuries to US forces, days earlier saying:

"I heard that they had headaches and a couple of other things, but I would say and I can report that it's not very serious" — after initially saying "no Americans were harmed."

There's nothing "not very serious" about brain damage, the Pentagon finally admitting much greater damage and casualties to US forces than reported straightaway, on Friday saying:

"Thirty-four total members have been diagnosed with concussions and TBI (traumatic brain injury)."

They're being treated in the US and Germany at US military hospitals.

Numbers injured from powerful missile blasts may be greater than the Pentagon is willing to admit.

Iranian retaliation against US aggression, its legal right under international law, showed its military can strike accurately with devastating force in response to a hostile attack.

Its military capabilities likely give Pentagon commanders pause about attacking a nation able to retaliate strongly against an aggressor.