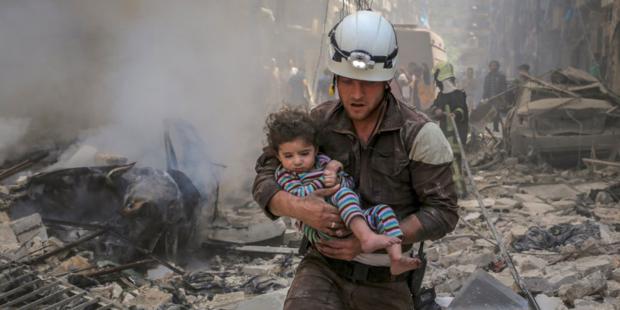 Along with announcements of meetings and other activities of Russian Foreign Ministry officials, its reports by spokeswoman Maria Zakharova (MZ below) explain hostile US actions in one country after another — what the scourge of its imperial rage for dominance is all about.

The situation in Syria is much less stable than MZ reported — because US-supported terrorists still occupy parts of the country (mainly Idlib and surrounding areas), along with Pentagon occupation of northern and southern areas, including most Syrian oil producing locations, as well as Turkish occupation of northern Syrian territory bordering its own.

MZ admitted that "(h)otbeds of tensions still persist in the territories that are not controlled by the Syrian Government, notably in Idlib, some districts on the eastern bank of the Euphrates and around Al-Tanf" in the south.

Whenever Russian negotiated ceasefires are announced, US-supported jihadists breach them straightaway, why smashing them is the only way to liberate areas they control, dealing with unlawful US/Turkish occupation another matter entirely.

According to MZ, jihadists in northern Syria continue shelling government forces and residential areas "up to 60 (times) a day" — Russia and Damascus falsely blamed for casualties caused by the ongoing assault.

Three humanitarian corridors were opened in Idlib to help Syrian civilians escape from bondage as human shields by US-supported terrorists.

MZ: Jihadists "are impeding the evacuation of civilians and they are shelling checkpoints. This is further confirmation of what we have said more than once. The Idlib problem will not be resolved as long as it is controlled by (US-supported) terrorists."

The good news is that most Syrian territory was liberated in the wake of Russia's September 30, 2015 intervention at the behest of Damascus.

With millions more displaced internally and abroad, much remains to be accomplished to restore peace, stability and normality to the war-torn country — victimized by US aggression.

Note: On Saturday, Lebanon's Al-Mayadeen television reported skirmishes between Russian and US forces in northern Syria near Tal Tamr.

In late December, the Middle East Monitor reported that "(a) number of Russian soldiers were badly beaten and airlifted (for) hospital (treatment) after a fist-fight with American troops in Syria."

While no weapons were used, "three of the Russian soldiers were beaten so severely that they required urgent medical attention."

"This was the fourth such incident in Syria's northeastern region this month. The previous incident took place earlier this week, with US forces blocking a Russian patrol near the oil-rich area of Rmelan in northeast al-Hasakah."

Note: Russian forces in Syria were invited by Damascus. US and allied troops are illegal occupiers.

"We consider the recent material released by the White Helmets, a sham humanitarian organization, to be another cynical provocation aimed at discrediting Russia's efforts to counter terrorism in Syria," adding:

(P)lanted stories like this one, which these pseudo-rescuers use to gain the media spotlight, are, in our view, nothing else than odious materials."

"The weaker the position of the terrorists in Syria, primarily in the remaining terrorist stronghold in Idlib province, the more often these materials tend to appear – an almost daily occurrence recently."

Russia and true activists on the ground in Syria long ago exposed the White Helmets as appendages of US-supported terrorists — masquerading as civil defense workers, complicit in CW attacks falsely blamed on Damascus.

They "provid(e) (a) smokescreen for terrorist crimes and creat(e) additional obstacles to Syria's return to a peaceful life," said MZ.

Despite ongoing talks between Taliban and Trump regime officials to resolve endless war in the country, conflict rages with no near-term prospect for restoring peace and stability.

MZ noted the presence of (US-controlled) ISIS terrorists deployed to the country (by the Pentagon and CIA), creating continued violence and destabilization.

US/Taliban no-peace/peace talks have been ongoing on and off for months. Endless conflict serves US interests. Restoration of peace and stability defeats its imperial aims.

Occupying Afghanistan is all about controlling its highly valued resources potentially worth trillions of dollars, constructing oil and gas pipelines across the country, controlling it part of a plan to encircle Russia and China with US military bases, and maintain Afghan opium production used for heroin — a source of revenue for Wall Street and the CIA.

Whatever the US agrees on with negotiating partners isn't worth the paper it's written on — repeatedly breaching treaties, agreements, and other commitments at its discretion.

Forever wars rage in all nations the US preemptively attacked post-9/11, restoration of peace nowhere in sight. Both right wings of the US war party reject it.

MZ slammed US-designated puppet Guaido in Venezuela for refusing to accept defeat as National Assembly speaker —swearing himself in as a separate legislative body head with no legitimacy.

Venezuela is the world's only nation with a democratically elected/legitimate president and parliament — along with an illegitimate self-declared head of state elected by no one, heading a fake legislature, the Trump regime supporting fakery over legitimacy.

Truth is stranger than fiction.

MZ: Trump regime economic terrorism against Venezuela and its people defies the rule of law and "aggravate(s) the socioeconomic crisis," harming Venezuelans its hardliners claim to support.

"Russia's cooperation with Venezuela (aims to counter US) hostile actions (to lessen) irreparable damage on the sovereignty and independence of this state and minimiz(e) suffering of ordinary Venezuelans."

"We are focusing on joint economic projects, many of which have a humanitarian component and target the improvement of the socioeconomic situation in the country and the wellbeing of its citizens."