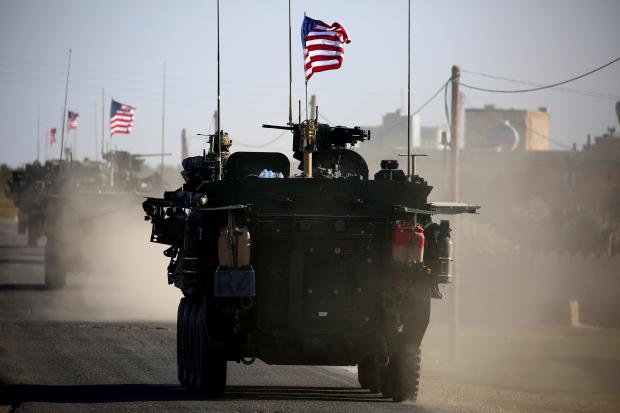 ISIS and likeminded terrorist groups were made in the USA — recruited, armed, funded, trained and directed by Pentagon special forces and CIA operatives — on US bases in Syria, Iraq and elsewhere.

Jihadists are used by the US as proxy fighters in Iraq, Syria, and other designated war theaters — supported by Pentagon terror-bombing.

What establishment media don't report is what's most important for everyone to know, including a question never asked or answered in the mainstream.

Where do heavy and other weapons used by ISIS and other jihadists come from? They don't materialize out of thin air.

They're made in the USA, other Western countries, Israel, Turkey and elsewhere — supplied to jihadists by the ruling regimes of these countries, along with training in their use.

Throughout years of war in Syria and Iraq, their militaries seized large amounts of weapons and munitions supplied to jihadists from abroad.

Instead of combatting terrorists, the US and its so-called "coalition" partners actively aid these elements — one of many dirty secrets about US aggression in multiple theaters.

Syrian and Iraqi forces also witnessed airdrops of weapons, munitions, related military equipment, food and other supplies to jihadists — by US and allied aircraft.

They also monitored redeployment of jihadists from various locations to others, the Pentagon airlifting or otherwise redeploying them to areas where its commanders want them used.

The Trump regime is "reactivating the remnants and sleeping cells of the ISIL in 5 Iraqi provinces to escalate crisis and chaos in Iraq to decrease power of Hashd al-Shaabi and other (PMU) security forces."

Thousands of ISIS fighters are being redeployed from Syria to Iraq as a pretext to unjustifiably justify continued US occupation — strongly opposed by the vast majority of Iraqis.

According to Iraqi PMU Kata'eb Seyed al-Shohada senior commander Kazzem al-Fartousi, "security forces are…guarding  the Iraqi-Syrian borders, but the airspace of these regions are fully open to the US planes and helicopters, including Chinook cargo helicopters."

US forces "facilitated the trafficking of the ISIL terrorists and their transfer to Wadi Houran and the western desert by reopening a number of roads and heliborne operations."

Anbari called what's going on the first phase of reviving the presence of large numbers of ISIS jihadists in Iraq — to foment violence, instability and chaos in the country again.

The scheme is likely all about wanting it divided into Shia, Sunni and Kurdish areas.

Achieving this strategic aim would weaken the country, prevent creation of a land bridge from Iran to Lebanon, Palestine, and Mediterranean waters through Syria, along with enabling the Pentagon to permanently occupy parts of the country where its forces are welcome in return for large-scale bribes to ruling authorities of these areas.

Reintroducing ISIS jihadists in parts of Iraq would be used as a pretext for permanent US occupation.

Over a million Iraqis protesting in Baghdad last Friday against US occupation bore testimony to mass outrage against its troops in the country, wanting them out, Iraqi sovereign independence regained.

The US came to Iraq to stay, permanent occupation planned. Clearly its presence is reviled and unwanted.

Peace and stability will remain unattainable as long as US and allied forces occupy regional countries.

They're reviled by Iranians, Iraqis, Syrians, Lebanese, and most others in the Arab world, a scourge vital to eliminate in this war-torn part of the world.

US Deploys Patriot Missiles in Iraq Bases Hosting US Troops

France, Czechs, & Other US Allies Exit Iraq Over COVID-19 Fears

US Plans to Remove Troops From Three Bases in Iraq

US On Brink Of War In Iraq - "Self Defense" Strikes Against Iranian Proxies On Table: Pomp