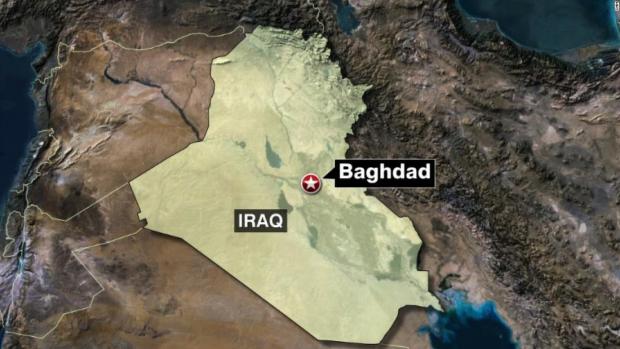 Iraq is occupied US territory.

The vast majority of Iraqis and its ruling authorities want Pentagon and allied forces expelled from the country.

It's the only way for the nation to regain its sovereignty, lost to US aggression and occupation, a hostile force in numerous countries, making world peace, stability and security unattainable.

Since US occupation followed Bush/Cheney's 2003 aggression, violence, instability, chaos, and deprivation defined conditions in the war-ravaged country — raped and destroyed by US rage for control of Iraq and the region.

Last Friday, hundreds of thousands rallied in Baghdad against US occupation of the country, demanding expulsion of its forces.

According to the State Department, over 14 attacks against US personnel occurred in Iraq since last September alone.

Sunday's incident suggests more of the same ahead. According to one report, yesterday's attack damaged the embassy's dining area.

The incident came six days after three rockets struck near the embassy, two others landing in the Green Zone on January 9.

As of Monday, the State Department's website had no information on Sunday's incident.

Separately, its spokesperson "call(ed) on the government of Iraq to fulfill its obligations to protect our diplomatic facilities (in response to) rockets landing in the" Green Zone, saying nothing about striking the US embassy.

US personnel in the country are reviled and unwanted.

Their presence is all about colonizing Iraq, permanently occupying its territory, controlling its hydrocarbon and other resources, along with using Pentagon bases in the country as platforms for endless regional wars against invented enemies.

On Friday, an Iraqi PMU statement demanded US forces leave the country or be forced out.

Trump threatened tough sanctions on Iraq if US troops are expelled, saying:

"We have a very extraordinarily expensive air base that's there. It cost billions of dollars to build. We're not leaving unless they pay us back for it," adding:

He'll impose "sanctions (on Iraq) like they've never seen before ever."

He's mostly following Senate impeachment trial proceedings, over the weekend posting a blizzard of tweets about it — affairs of state largely awaiting its outcome even though the result is virtually certain in the coming days.

Instead of impeaching Trump for legitimate high crimes, Dems chose politicized ones — unrelated to removing him from office, hoping to weaken him ahead of November presidential and congressional elections.

A new Fox News polls showed 50% of respondents in favor of removing Trump from office by impeachment, 44% against — most registered Dems for it, most Republicans against.

Only around one-fourth of respondents believe his Iran agenda made the US safer, around half of those polled believing it's less safe.

Almost half of respondents think the nation is weaker under his leadership.

Polls on Trump's job approval ask nothing about his endless wars on humanity at home and abroad.

Both right wings of the US war party share guilt.

Nearly all current and former US officials remain unaccountable for the highest of high impeachable offenses.