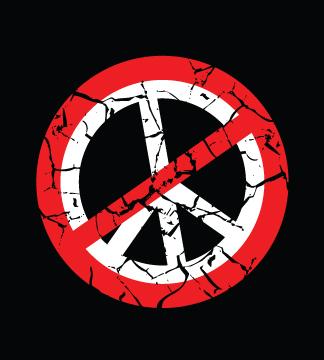 A near-half century of US-orchestrated Israeli/Palestinian peace plans were dead on arrival because they had nothing to do with peace and one-sidedly favored the Jewish state.

If Washington wanted regional peace and stability, it would have been achieved long ago. Its absence is because US and Israeli ruling authorities reject it.

Peace and stability defeat their regional objectives, served by endless conflicts and instability.

US and Israeli officials conspired to create what DJT will unveil at the White House at midday on Tuesday.

Palestinian input wasn't sought or considered, their rights and welfare dismissed throughout Trump's time in office, the same true earlier.

Enough was leaked about what's coming Tuesday to know Trump's scheme of the century is an ultimatum to Palestinians, not a deal — peace, equity and justice excluded from its fine print.

Establishment media one-sidedly support Israel, the way it's been since the Jewish state's creation — ignoring its apartheid rule, its high crimes of war and against humanity, blaming Palestinians and regional states for Israeli crimes committed against them.

In its latest edition, the NYT reported that Trump's scheme "provides for Israeli sovereignty over much of the Jordan Valley" — instead of explaining it supports Israeli control over all valued Judea and Samaria land and its resources, along with illegal settlements.

The scheme flagrantly violates international law, left unexplained in the Times and other establishment media reports.

Unveiling it now aims to aid Netanyahu's reelection prospect, delaying prosecution for bribery, fraud and breach of trust in hopes of preventing it if he's able to remain prime minister.

The Times quoted Trump's distortion of reality, saying his scheme is "the closest we've ever come" to an Israeli/Palestinian deal (sic), adding:

"(W)e will ultimately have the support of the Palestinians (sic)" — maybe in the next century, not this one, never based on what's included in Trump's one-sided scheme.

On Monday, he falsely claimed most Arab leaders agree to what he's proposing. Jordan publicly rejected it. No other Arab states publicly expressed support.

According to the neocon/CIA-connected Washington Post, Trump's scheme is "expected to offer Palestinians conditional statehood" — in name only, adding:

Palestinians insist on statehood within pre-1967 borders, East Jerusalem as their exclusive capital, free from Israeli occupation — what the US and Jewish state categorically reject.

They're apparently willing to OK Palestinian self-determination in name only, not reality, Israel to retain control over the Occupied Territories with exclusive rights to its resources, air space and borders.

Release of Trump's scheme is planned for around noon Eastern time on Tuesday at the White House, Netanyahu with him. Gantz returned home after a Monday meeting with DJT.

Separately on Tuesday, Israel's Knesset was scheduled to begin consideration of Netanyahu's immunity from prosecution request.

Knowing he'd be unable to get a majority vote in his favor, he withdrew his request Tuesday morning, shortly before Knesset debate was scheduled to begin — disingenuously saying the following:

"At this fateful hour for the people of Israel, at a time when I'm in the US for a historic mission to shape Israel's permanent borders and secure its safety for the coming generations (sic), another show of the removing immunity circus is expected in parliament (sic)" — dropping the bid while vowing to keep contesting charges against him.

On Tuesday en route back to Israel, Gantz tweeted:

Other media headlines ahead of Tuesday's planned release of Trump's scheme include:

WSJ: "Trump's deal of the century at key points closer to Israel's position"

Reuters: "Palestinians say US 'deal of the century' will finish off their state"

As long as impasse continues, Netanyahu remains prime minister, his trial delayed until a new government is formed.

Given his likely conviction if prosecuted, he's likely content to keep things this way.