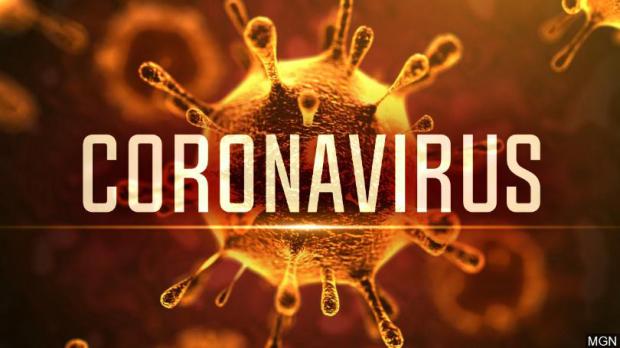 In late December, the World Health Organization (WHO) noted cases of a new virus strain unseen before.

On Tuesday, a WHO alert cited a "very high (risk of contagion) in China, high at the regional level and high at the global level" — despite few cases of the disease so far outside its epicenter in Wuhan.

At this stage, no coronavirus epidemic or pandemic exists.

The Centers for Disease Control and Prevention (CDC) confirmed five cases in the US, linked to travelers returning from Wuhan. Dozens of others potentially ill from the coronavirus haven't been confirmed.

On Monday, Global Research.ca explained that five million cases of common flu occur annually worldwide, resulting in 650,000 deaths, according to the WHO, adding:

"The CDC reports there have been 54 reported flu-related pediatric deaths this season from Influenza B viruses."

On Saturday, the WHO called the coronavirus global risk "moderate," stopping short of declaring a public health emergency of international concern.

According to WHO chief Tedros Adhanom Ghebreyesu, there's an "emergency in China but it has not yet become a global health emergency. It may yet become one," adding:

"WHO's risk assessment is that the outbreak is a very high risk in China, and a high risk regionally and globally."

So far, the above assessment is speculation, not fact.

The virus is contagious, what's true about many diseases. Experts "are still trying to determine how easily the (coronavirus) can be spread between humans, and if airborne transmission is feasible," adding:

The disease is spreading, to what extent beyond its epicenter unclear. No cure exists so far.

Most deaths have been elderly and middle-aged individuals. Doctors in China are "us(ing) HIV retroviral drugs as part of its treatment plan for the coronavirus infection."

The US National Institutes of Health is working on developing a vaccine, human trials to begin later this year.

Surgical masks are only partially effective. They don't provide an airtight seal to prevent the virus from entering the nose or throat, and it can enter the body through exposed eyeballs.

Much more research into the virus' origin and how to contain and treat it remains to be done.

On Monday, Natural News reported an estimated 44,000 infected with the virus, citing University of Hong Kong academics, including individuals "in the incubation stage of the virus," adding:

"Lead researcher and dean of HKU's faculty of medicine Gabriel Leung said his team estimated there were 25,630 patients showing symptoms in Wuhan and that the number would double in 6.2 days, according to mathematical modeling based on infection figures worldwide as of Saturday."

Confirmed cases outside the Wuhan epicenter of the outbreak are few, less than 100 worldwide so far.

At the same time, the virus may continue to spread in the coming weeks and months, every carrier able to contaminate others.

He called for "draconian measures" to contain things. Confirmed cases in the US are individuals returning from China.

According to the Lancet, over 80% of those exposed to the coronavirus will become infected — the incubation period from 2 - 14 days.

Over a decade ago during a Swine flu H1N1 outbreak, the WHO falsely predicted a global pandemic affecting "as many as two billion people over the next two years."

At the time, evidence suggested that the H1N1 strain was bioengineered in a US laboratory, vaccines produced for it extremely hazardous and potentially lethal.

The  Department of Health and Human Services (HHS) issued a phony "determination that a Public Health Emergency exist(ed)…as a consequence of confirmed cases of H1N1 Influenza in four US states."

No national or global emergency existed. Claiming it at the time was a scheme to convince people to take experimental, untested, toxic and extremely dangerous vaccines that damage the human immune system and cause health problems ranging from annoying to life-threatening.

Coronavirus cases emerged a month ago, the risk of how greatly it may spread pure speculation.

Though potentially a serious public health issue, it may be containable ahead, outbreaks in China so far the only ones of concern — mainly in the Wuhan epicenter.

Hundreds of organs get 'lost in transit' in US every year, delaying life-saving transplants.