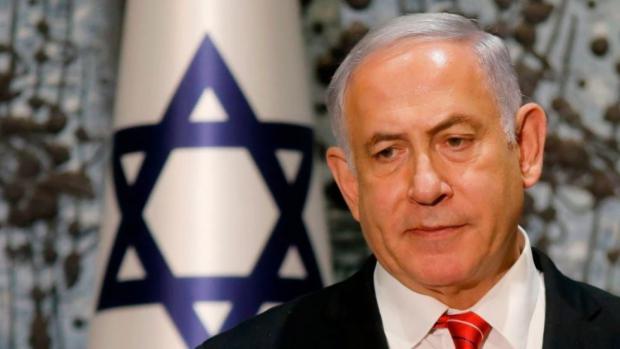 His day in the dock is just a matter of time, likely after a new government is formed once elections settle the matter - in March or months later.

Ahead of a scheduled Knesset session he requested on whether to grant him immunity from prosecution, he cancelled it at the 11th hour, knowing a parliamentary majority opposed it.

He can no longer seek immunity from prosecution after AG Mendelblit indicted him on Tuesday in Jerusalem District Court.

He responded as expected, saying: What's happening "is in line with the persecution campaign that the 'Anything but Bibi' camp has waged (sic)," adding:

"Instead of grasping the gravity of the hour, and rise above political considerations, they continue to engage in cheap politicking, harming a decisive moment in the history of the country" — referring to release of Trump's no-peace/peace plan.

"We will take the time later to shatter all the disproportionate claims made by my detractors. But right now, I will not allow my political opponents to use this matter to interfere with the historic move I am leading (sic)."

Back in Israel after meeting with Trump on Monday, Gantz said "Netanyahu will go to trial now, and we must move forward. Israelis have a clear choice...No one can run a state and at the same time manage three serious criminal cases for bribery, fraud and breach of trust."

Whether Netanyahu or Gantz is prime minister, Palestinian rights will be denied like always.

What began with Arthur Balfour's duplicitous 1917 declaration, continued during and after the Nakba — over a century of endless conflict, occupation, dispossession, repression, and Palestinian suffering, along with social and cultural fragmentation.

Historic Palestine was erased. Apartheid Israel replaced it. Run by fascist regimes, they're supported by the US and West — sustained resistance the only hope for change.

Former Israeli prime minister Ehud Barak believes Netanyahu wants Trump's scheme to fail, a way to blame others and begin the process of annexing settlements and the Jordan valley — with Trump's support, he said, adding:

"Jordan should be the security border in the east. Netanyahu's proposals to immediately annex the Jordan Valley reflect personal hysteria, like the behavior of an escaped convict, and a loss of judgment, not to say an irresponsible attitude toward security."

Since the Nabka and 1967 Six Day War, Israel systematically stole Palestinian land dunam by dunam, a process continuing until accomplishing its aims entirely.

Whether or not settlements and the Jordan Valley are formally annexed, Israel exerts full control, Palestinians displaced from their land, once dispossessed not allowed back, what's been going on since Balfour decreed the end of historic Palestine over 100 years ago.

Annexing the Jordan Valley straightaway after release of Trump's scheme would destroy any chance of implementing it, Barak believes.

Barak is right about one thing. Trump's scheme is "the most favorable approach to Israel ever adopted by an American president regarding the Israeli-Palestinian conflict."

Palestinian rights and welfare don't matter. They never did before, less than ever by Trump and Netanyahu, a sinister duo exceeding the worst of earlier regimes running both countries.