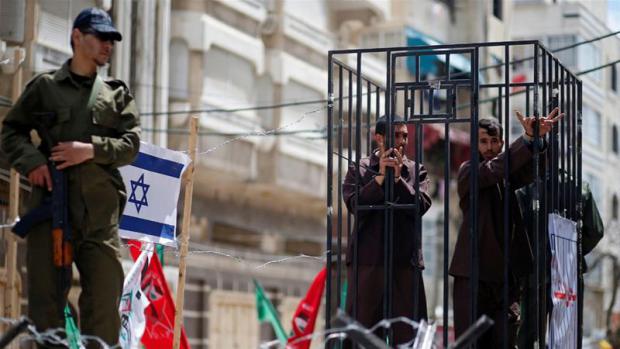 Since creation of the Jewish state on stolen Palestinian land, the Times one-sidedly supported and continues supporting its ruling regimes.

Time and again, defenseless Palestinians are blamed for Israeli high crimes committed against them — the Times and other establishment media sticking to the falsified official narrative.

Israel long ago was granted immunity from harsh criticism in the US and West — its apartheid rule portrayed as model regional democracy, a perversion of reality.

"What's wrong with Palestinian Surrender? Knowing when to give up is often the first step to making peace."

For the US, Israel, and their rogue partners, peace is anathema, a notion categorically rejected, why the Middle East is a hotbed of perpetual forever wars.

Mocking their decades of suffering under brutal Israeli occupation, Stephens falsely claimed "nobody will benefit less from a curt dismissal of (Trump's scheme) than the Palestinians themselves, whose leaders are again letting history pass them by (sic)," adding:

"The record of Arab-Israeli peace efforts can be summed up succinctly: Nearly every time the Arab side said no, it wound up with less (sic)."

Fact: Going along with Trump's scheme amounts to unconditional surrender, accepting permanent subjugation, the equivalent of the line from Dante's Inferno, saying:

Arthur Balfour sealed the Palestinians' fate with his 1917 declaration, wanting a Western influence embedded in the Middle East to weaken Arab control over their own part of the world — notably after oil was discovered.

Like other Times' pseudo-journalists, employment of real ones long ago rejected, Stephens reinvents history.

For over 100 years, notably after Israel's 1948 creation, Palestinian rights were abandoned in favor of US-led Western ones and leadership of the new Jewish state allied with the interests of these countries.

Stephens: "(D)enounc(ing) (Trump's scheme) as a 'conspiracy deal' (and rejecting it) will almost inevitably lead to getting less tomorrow (sic)."

Fact: The die was cast for the fate of Palestinians with the scheme's drafting — fulfilling an Israeli wishlist at the expense of their fundamental rights, discarded like yesterday's garbage.

The scheme is all about permanent subjugation, Palestinians given no say on the matter, Israel to be their perpetual master.

Their only choice is resistance. The alternative is perishing as a viable people, their fate the same as Native Americans, Canadian indigenous people, aboriginal Australians, and others like them worldwide.

That's what the Trump/Netanyahu scheme is all about, hardening Israeli control over territory it wants exclusively for Jews, banishing Palestinians to servitude in isolated cantons — with no say on the matter, treating them like nonpersons.

Fact: Isolated cantons surrounded by hostile settlers and Israeli security forces with full control over the lives and welfare of Palestinians is anti-sovereignty.

Fact: Returning prisoners is meaningless when Israel mass-arrests others at its discretion.

Fact: A proposed Gaza/West Bank link if established could be shut down or eliminated at Israel's discretion — like its arbitrary Strip blockade, for political reasons, not security ones.

Fact: Proposed $50 billion in economic assistance has nothing to do with aiding Palestinians, everything to do with enriching US, other Western, and Israeli corporate interests.

There's virtually nothing in the Trump scheme that benefits millions of ordinary Palestinians, just the opposite.

By illegally approving Israeli annexation of unlawful settlements and the Jordan Valley, virtually nothing of value is left for Palestinians.

In flagrant violation of international and US constitutional law, Trump's scheme gave Israel control over all valued parts of Judea and Samaria, including water, offshore hydrocarbon reserves and other resources.

Stephens turned reality on its head, claiming provisions of Trump's scheme amount to "a historic achievement (sic), not the 'scam' that liberal critics of the deal claim."

No responsible editors would permit publication of the above rubbish in their publications.