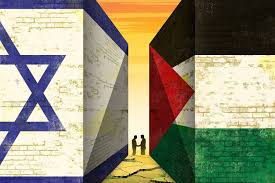 Trump Regime's Scheme of the Century: Supporting Apartheid, not Peace, Might Over Right

They're served by endless conflicts, instability and chaos, ruling regimes of both countries operating by their own rules exclusively.

The Trump regime's scheme of the century furthers the imperial objectives of both countries.

It provides a pretext for Washington's militarized regional presence, along with maintaining Israeli control over the Occupied Territories with an iron fist — likely hardened to crack down on legitimate resistance.

On Wednesday, the Gisha Legal Center for Freedom of Movement said the Trump/Netanyahu scheme "aims to make permanent a reality of fragmentation, isolation and division in the occupied Palestinian territory," adding:

"Further entrenching the dispossession of Palestinians and perpetuating the occupation is a recipe for (endless) conflict," making restoration of peace unattainable.

All fundamental rights are jeopardized without freedom of expression and movement.

"(S)weeping restrictions that Israel imposes on movement of people and goods prohibit economic activity and sentence the Palestinian civilian population to a life of scarcity."

If unacceptable conditions in Occupied Palestine remain unchanged under Trump's scheme, "(m)ovement restrictions (will continue to be) the violent, everyday norm."

For hundreds of years, they were slaughtered, repressed, and otherwise mistreated — Americanized or warehoused on isolated reservations.

Unempowered, impoverished and immiserated, they're mocked and demonized in films and society as drunks, beasts, primitives, and savages.

Victimized by broken treaties and other promises, their lands and resources were stolen, their rights denied.

From 1778 – 1871, Washington negotiated 372 treaties with Native Americans — all systematically spurned, how the US operates on the world stage, by its own rules exclusively.

Eliminating them prevents future generations from practicing their religion, speaking their language, and passing on their traditions to new generations.

Before early Europeans arrived, the Americas were home to over 100 million indigenous peoples, according to estimates.

The highly publicized Jewish holocaust pales in comparison to the genocidal mass slaughter and elimination of Native Americans — erased by historical revisionism from what's taught in US secondary schools, college, and graduate studies, including at the doctoral level.

Washington remains hostile to indigenous and disadvantaged people at home and abroad, notably to Palestinians in deference to Israel.

Iranian President Hassan Rouhani denounced the Trump/Netanyahu scheme, calling it the "most despicable plan of the century."

Iran's parliament Speaker Ali Lariijani called for unity among Muslim nations "against this illegal and inhuman agreement," describing it as a "treasonous conspiracy…to fulfill the wishes of the Israeli regime…"

It unacceptably calls for Israeli annexation of illegal settlements and the Jordan Valley with Jerusalem its exclusive capital.

Palestinians are to be confined to desolate cantons on worthless land, their rights denied, their welfare and future destroyed.

Israeli iron-fisted control over the Occupied Territories remains in place.

According to Israeli intelligence and strategic affairs writer Yossi Melman, the Trump/Netanyahu scheme is "is bad and so dangerous that it could set the region in flames," adding:

"…Israeli security chiefs have expressed a growing concern that if the right-wing government of Benjamin Netanyahu fulfills its Donald Trump-supported promise to annex the Jordan Valley and Jewish settlements, the West Bank and Gaza Strip could explode."

"In other words, Israeli security officials in secret and off-the-record meetings express views that contradict public statements made by their own government."

"(I)f a major and violent escalation breaks out as a result of the Israeli plans and actions, then Arab leaders, fearing their own staunchly pro-Palestinian populations, will have no choice to take harsher measures against Israel" — notably Jordan with a majority Palestinian population hostile to Israel.

The Trump regime's scheme of the century is a potential time bomb set to explode if its provisions are enacted into Israeli law.

Palestinians have no choice. Resist or perish. There's no in between.

The scheme offers far less than provisions of earlier plans offered the Palestinians.

It's ill-conceived by failing to give Palestinians a "capital in Jerusalem" — on the outskirts of the alone), adding:

"It makes the Jordan Valley not just a long-term presence, but is now (illegally) annexed."

"If the settlement issue is not resolved and ultimately becomes a permanent part of Israeli territory," it'll be strongly resisted.

On Wednesday, Israeli forces blocked access for Palestinians to Jerusalem's old city and the Al-Aqsa Mosque compound, Islam's third holiest site — what happened many times before, a sample of what's to come under the Trump/Netanyahu scheme.

"Yesterday, Washington's vision for a settlement in the Middle East was published."

"We can only note that the maps contained in the aforementioned plan refer to the Golan Heights and classify them as Israeli land."

"In this regard, we would like to remind the geographer who compiled this map that…Security Council (Res.) No. 497 will not recognize the sovereignty of Israel over the Golan."

He said nothing about annexation of settlements declared illegal under international law, and the Jordan Valley, along with unlawfully declaring Jerusalem Israel's exclusive capital.

Last September in response to Netanyahu's vow to annex around one-third of West Bank territory if reelected, Russia's Foreign Ministry said the following:

This move could "lead to a sharp escalation of tension in the region and undermine hopes for the establishment of a long-awaited peace between Israel and its Arab neighbors."

On Thursday, Netanyahu and Putin met in Moscow, Russia's president saying both countries made progress "on several bilateral issues," with no further elaboration.

He pardoned Israeli Naama Issachar who was convicted in Russia and imprisoned for illicit drug related charges.

Her lawyer Alexey Kovalenko said Putin "never granted a pardon to a foreign national" before.

For the moment, Israel's responsibility for the 2018 downing of a Russian IL-20 reconnaissance aircraft in Syrian airspace, killing its 15 crew members is ignored.

"We consider these provocative actions by Israel as hostile. Fifteen Russian military service members have died because of the irresponsible actions of the Israeli military."

"This is absolutely contrary to the spirit of the Russian-Israeli partnership (sic). We reserve the right for an adequate response."

The US, NATO and Israel are hostile to world peace, stability and security.

Why does Putin meet time and again with unindicted war criminal Netanyahu — formally indicted for bribery, fraud and breach of trust?

Will he accept or reject Trump's scheme of the century? Around the time of last June's unveiling of the scheme's economic component, Russia's Foreign Ministry said the following:

"It is all about another US attempt to shift the priorities of the regional agenda and impose an 'alternative vision' of the Palestinian-Israeli settlement," adding:

"The persistent desire to replace the task of achieving a comprehensive political solution with a package of the so-called 'economic incentives' while eroding the principle of creating two states for two peoples is causing deep concern."

Most likely when a formal Kremlin and/or Foreign Ministry statement is released about Trump's no-peace/peace scheme after its unveiling, Russia will urge Israel and Palestinians to resolve differences diplomatically — condemning the deal unlikely but possible.