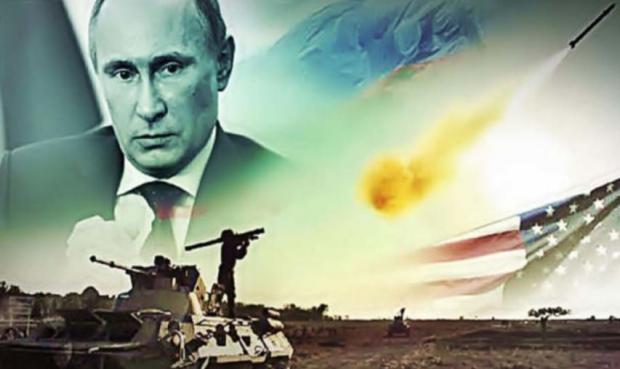 Russia Falsely Blamed for Syrians Killed by US Supported Jihadists

Throughout nearly nine years of US aggression in Syria, establishment media reports have been some of the most abysmal in memory — featuring state-approved propaganda all the time, truth and full disclosure suppressed.

Time and again, Russian and Syrian forces are falsely blamed for civilian deaths at the hands of US-supported jihadists, again by the Trump regime and establishment media this week.

On Tuesday, Pompeo turned truth on its head like he always does, — falsely accusing Russia, Syria, Iran and Hezbollah of "conducting a large-scale assault upon the people of Idlib and western Aleppo province (sic)," adding:

The above remarks are bald-faced Big Lies, a Pompeo specialty — falsely blaming forces involved in liberating Syria for high crimes committed by ISIS, al-Nusra and other US-supported jihadists.

He also ignored the US rape and destruction of Afghanistan, Iraq, Yemen, Libya, and Syria — by Pentagon-led terror-bombing and jihadist proxies used as imperial foot soldiers on the ground in these and other countries.

The NYT and other establishment media repeated his Big Lies, falsely accusing Russian and Syrian warplanes of bombing Syrian residential areas, hospitals, and other civilian targets — citing al-Qaeda-linked White Helmets as a source.

On Thursday, an Al Jazeera report I listened to live, falsely accused Russian warplanes of killing "10 civilians (and) putting (an) Ariah hospital out of service" in Idlib province.

Its reports on Syria and other US war theaters are as abysmal as Western media, featuring a litany of bald-faced Big Lies, vital truths suppressed.

Moscow's intervention at the behest of Damascus on September 30, 2015 enabled Syrian ground forces to liberate most of the country from US-supported jihadists.

Hundreds of thousands of internally and externally displaced Syrians returned to their home areas to begin rebuilding their lives.

Nebenzia: "The situation remains worrisome at the territories that are out of control of the Syrian government – in Idlib, in the East bank of the Euphrates, and in the (southern) 'Al-Tanf' zone," illegally occupied by US forces, adding:

Like numerous times before, Russia called for a ceasefire in Idlib, breached straightaway by US-supported terrorists — likely urged to keep fighting by their Pentagon/CIA paymasters.

According to Nebenzia, shelling and other attacks happen "up to 60 times" daily against residential areas, other civilian targets and government troops.

"This month alone, such armed provocations have taken dozens of lives and entailed injuries for hundreds of civilians. This cannot go unretaliated."

"Syrian governmental forces have to react to terrorist raids. Therefore they carry out limited operations to neutralize terrorist activity and mitigate threats that are coming from Idlib."

"Today we heard statements that almost copied one another: about bombardments of schools, hospitals, marketplaces, places of IDP gatherings."

"We were cited exact figures of how many died and were wounded. We already heard that before. Word-to-word."

"Let me ask you once again: Where from do you get your verified data? Where did you find that many medical facilities that had been bombed?"

"You were speaking of dozens, if not hundreds of such facilities in Idlib alone" that don't exist.

"Escalation in Idlib is not caused by operations of Syria's armed forces."

"It is caused by constant deliberate provocations by (US/Turkish-supported) terrorists."

"Starting from 13 January, three humanitarian corridors have been functioning to help peaceful population leave the de-escalation zone" to safety.

As long as the US, NATO, Turkey, Israel, the Saudis, and their rogue allies keep supplying jihadists in Idlib and elsewhere with heavy and other weapons, the only solution is combatting them until they surrender or are otherwise eliminated.

"In response to aggression by terrorists, the Syrian command took counter-offensive actions to defeat extremist groups concentrated in the western suburbs of Aleppo, as well as near the cities of Ma'arrat al-Nu'man and Saraqib of Idlib province."

"The civilian population and civilian infrastructure were not affected," he stressed.

The key city of Ma'arat al-Nu'man was liberated — free from terrorists for the first time since early in the war.

According to a Thursday Southfront report, US-supported terrorists appear "in disarray" in the face of advancing Syrian army forces.

In the past month, numerous northern Syrian towns and villages were liberated.

In response, Turkey's Erdogan falsely claimed Russia "hasn't abided by either the Astana or the Sochi agreements," adding:

"We have waited until now, but from this point, we are going to take our own actions. This is not a threat but our expectation is that Russia will give the regime the necessary warning."

The dispute is over Turkish support for jihadists in Idlib and surrounding areas that Russian and Syrian forces are combatting to defeat.

The battle to eliminate areas infested with US/Turkish-supported terrorists continues.