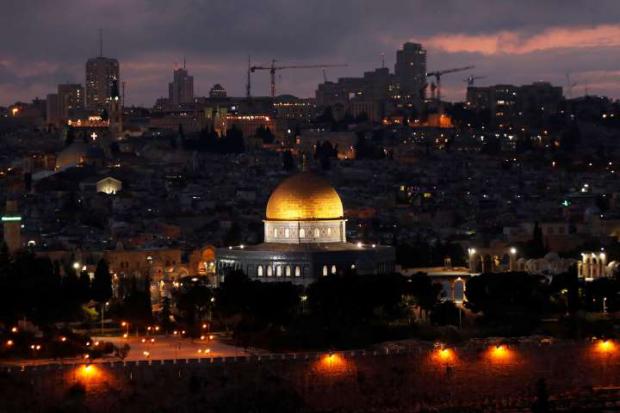 Trump's Annexation Scheme: A Stake in the Heart of a Moribund Two-State Solution and Peace

Since no-peace/peace plans first surfaced in the 1970s, the US and Israel supported Palestinian self-determination in name only.

Both countries opposed the idea since Israel seized Palestinian territory not stolen in 1948.

A two-state solution was theoretically possible years earlier, no longer with Israel controlling 70% or more of West Bank land and Jerusalem entirely — unwilling to relinquish any of it with US support.

Jimmy Carter is right saying the Trump regime's scheme "undercuts prospects for a just peace between Israelis and Palestinians."

He's wrong claiming that its implementation "will doom the only viable solution to this long-running conflict, the two-state solution" — because no such solution ever existed in fact, just rhetorically.

Urging UN member states to reject the scheme, Carter correctly said it "breaches international law regarding self-determination, the acquisition of land by force, and annexation of occupied territories," adding:

"By calling Israel 'the nation-state of the Jewish people,' the plan also encourages the denial of equal rights to the Palestinian citizens of Israel."

At age-95, Carter is the longest-living former US president. Visiting Jerusalem in 2015, months after Israeli aggression against defenseless Gazans in summer 2014, he said the following:

"What we have seen and heard only strengthens our determination to work for peace. The situation in Gaza is intolerable."

Warning of a "humanitarian catastrophe" at the time, events on the ground bore him out.

The Strip is unlivable for its two million residents under a medieval blockade, punctuated by cross-border Israeli ground and air attacks at its discretion.

At the time of his Jerusalem visit, Carter said "(a)s long as (Netanyahu) is in charge, there will be no two-state solution and therefore no Palestinian state."

Since Israel's preemptive 1967 Six Day War, Palestinian self-determination was opposed by all its ruling regimes to this day.

In response to Carter calling Israeli aggression on Gaza "illegitimate," president Rivlin refused to meet with him. Israel's foreign ministry boycotted his visit.

"When Israel does occupy this territory deep within the West Bank, and connects the 200-or-so settlements with each other, with a road, and then prohibits the Palestinians from using that road, or in many cases even crossing the road, this perpetrates even worse instances of apartness, or apartheid, than we witnessed even in South Africa."

His book titled "Palestine: Peace Not Apartheid" aimed to stimulate debate on the issue, never occurring in the US, West or Israel.

It's only attainable if Israel "compl(ies) with international law," he said — the same true about the US he left unexplained.

Finkelstein: "After (over half a century) of Israeli occupation, the infrastructure and superstructure of apartheid have been put in place," quoting former deputy mayor of Jerusalem Meron Benvenisti observing the following in his 1995 book titled "Intimate Enemies:"

"It goes without saying that 'cooperation' based on the current power relationship is no more than permanent Israeli domination in disguise, and that Palestinian self-rule is merely a euphemism for Bantustanization."

"Israel has created in the Occupied Territories a regime of separation based on discrimination, applying two separate systems of law in the same area and basing the rights of individuals on their nationality."

"This regime is the only one of its kind in the world, and is reminiscent of distasteful regimes from the past, such as the apartheid regime in South Africa."

In 2006, Haaretz said "the apartheid regime in the territories remains intact."

"Millions of Palestinians are living without rights, freedom of movement or a livelihood, under the yoke of ongoing Israeli occupation."

Under international law, apartheid is considered a crime of war and against humanity — a gross perversion of governance of, by, and for everyone equitably, a notion rejected in the West and Israel.

In its unanimous 2004 ruling, the International Court of Justice (ICJ) called construction of Israel's apartheid wall a violation of international law that must cease, be dismantled, Palestinian land returned, and compensation paid for property destroyed

"No territorial acquisition resulting from the threat or use of force shall be recognized as legal" by any UN member state, its ruling binding on the world community.

The Trump regime's annexation scheme of the century can only succeed by brute force.

His so-called "vision" is nightmarish for long-suffering Palestinians, world's apart from what he called a "win-win" deal.

Hardline Israeli war minister Naftali Bennett said "(w)e will not allow for Israel, under any circumstances, to recognize a Palestinian state," adding: "Everything should be taken…now.

Militant pro-settler Yesha Council head David Elhayani said "(w)e  cannot agree to a plan that will include the formation of a Palestinian state which will pose a threat to the State of Israel and a great danger in the future."

Trump's scheme is polar opposite a "path of peace…a great step for peace."

It's a notion both right wings of the US war party and their Israeli counterparts categorically reject, along with Palestinian self-determination the way it should be, vastly different from the Trump regime's proposed bantustan version.