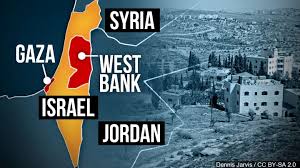 "We analyzed this 181-page document. It proposes territorial exchanges that would give Israel control over parts of the West Bank – I repeat, this is stated in the so-called program."

"The Palestinians are to receive land plots in the desert near the Egyptian border."

The document also proposes ways of resolving other fundamental issues of the final status, including Jerusalem, refugees, etc."

"…Palestinians and the Israeli people should have the final say on matters of a lasting and equitable peace settlement since it has to do with their future."

"(A)ll matters the document deals with are reflected in the well-known international legal framework of the Middle East process, including resolutions of the UN Security Council and General Assembly, the Madrid Principles and the Arab Peace Initiative."

"We reaffirm our readiness for constructive future work in line with collective efforts aiming to reliably and comprehensively resolve the Arab-Israeli conflict."

"We are ready to closely coordinate our actions with our Palestinian and Israeli partners, as well as Middle East and North African states, members of the Middle East Quartet of international mediators and all parties interested in a speedy achievement of a lasting peace in the Middle East."

A near-half century of so-called peace process proposals failed because the US and Israel don't negotiate. They demand.

Since the 1917 Balfour Declaration, especially since the 1947-48 Nakba, Palestinians were denied their fundamental rights, their dismal status today.

Talks with the US and Israel reflect their powerlessness, achieving nothing but betrayal and misery.

Nor will further talks change things, a waste of time earlier, the same thing ahead if happen, why resistance is the only viable option. Nothing less is acceptable.

If MZ's remarks above reflect Russia's official position, it shows Palestinians have no support from Moscow, discarded like most other countries mistreat them.

Hopefully MZ will have more to say on this issue ahead, including criticism of the one-sided scheme omitted in her disturbing remarks so far.

Commenting on Libya, she explained that a dubious ceasefire agreed to by CIA-supported warlord Khalifa Haftar in mid-January was breached straightaway.

Conflict in the country raged intermittently since Obama regime-led aggression in 2011, raping and destroying the country, wanting it transformed into another US vassal state, control gained over its highly valued resources.

They include about 50 billion barrels of oil, Africa's largest reserves, and Gaddafi's Great Man-Made River, the huge aquifer beneath Libyan sands, what he called the "eighth wonder of the world," an ocean of water to last 1,000 years — for irrigation and individual consumption, Libyan people benefitting from the resource under him, no longer since US aggression.

Restoration of peace to the country remains out of reach nine years after US aggression was launched.

What hardliners in Washington oppose, Russia is in the forefront of trying to accomplish through diplomatic outreach — so far unsuccessfully.

On Venezuela, MZ slammed "recent attempts to find new pretexts for interfering in the internal affairs of (the country) taken by those who continue to try to depose the legitimate president, Nicolas Maduro."

Clearly, Trump regime dirty hands are all over continued efforts to eliminate Bolivarian social democracy, wanting control gained over the country and its vast oil reserves, the world's largest.

Polar opposite is true. The US is a major threat to Venezuela and other nations it doesn't control, Trump regime economic terrorism intended to crush the economy of these countries and immiserate their people.

MZ: "(W)e are concerned about the growing US military activity on the northern border of Venezuela."

"At the same time, Caracas has been (falsely) accused of ties with terrorists."

"I would like to ask a question, even though the answer is obvious: Are these links in the same chain?"

"Our conclusion is that the military scenarios remain on the agenda of the White House, which seems to be ready to make use of any available resources to change the Venezuelan government."

As for Trump regime designated puppet Guaido, over a year after he illegally self-designated himself Venezuelan president, elected by no one, he's "been living under this illusion, which his Western (puppet masters) are encouraging," said MZ.

She discussed Crimea, legally part of the Russian Federation, voted for by referendum, overwhelmingly supported by its people, wanting a historic mistake corrected.

Their call to rejoin Russia was accepted by Putin and Russian lawmakers.

The US and go-along country Canada imposed new illegal sanctions of eight Russian and Ukrainian citizens, including the new acting governor of Sevastopol, Crimea's prime minister, and the company operating train service between Crimea and the Russian mainland.

MZ: "We are well aware (that) Ottawa…meekly follows (its) Big Brother" in Washington.

Nearly six years after Crimean and Sevastopol residents voted to rejoin Russia — the US, Canada, their European and other imperial allies refuse to recognize their democratic choice.

MZ called this effrontery "a cynical game," looking "more absurd" every time the US piles on more toughness.

"These actions failed to bring the results that Washington and Ottawa expected in the past, and so will they now," said MZ, adding:

"No amount of sanctions can disrupt the railway service between Crimea and the rest of Russia, as the US seems to be dreaming about. Their instigators will only parade their impotence once again."

Their hostile moves created an unfavorable "backdrop (for) their new ambassadors to Russia" — indicating their unwillingness to pursue constructive relations.

European countries operate like US colonies the same way, taking orders from Washington, most often saluting and obeying, even when harming their own interests. Rare exceptions prove the rule.

Conducting it was and remains what democracy is all about, what the US and other Western countries abhor and tolerate nowhere, especially not domestically.

Will Europe and Canada one day reassert their sovereign rights? Or will they choose to remain US colonized territory — obeying their master in Washington?