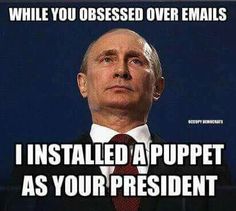 He laid blame where it belongs, saying "aggressive polic(ies)" of the US and other Western countries are "destroying the international legal framework of security…replacing international law with their own invention, (their own) 'rules-based world order.' "

Indisputable evidence proves Lavrov right, including the Trump regime's abandonment of the landmark INF Treaty and JCPOA, its refusal to discuss renewal of New START, its provocations near the borders of Russia, China, Iran and other countries, its support for Israeli high crimes, its wars of aggression, economic terrorism, and other methods used to dominate other nations by brute force, threats, and other forms of intimidation.

Other issues of major concern highlighted by Lavrov include unfair competition, the US pressuring other countries to buy American, imposing illegal sanctions, waging trade wars, while instituting homeland protectionism.

The latest examples are Trump regime tariffs on Chinese imports, threatened tariffs on European countries, Mexico and Canada, and legislation forcing companies involved in Nord Stream 2 construction to halt work or face sanctions and banishment from the US market.

Trump regime Nord Stream 2 obstructionism achieved nothing. The nearly-complete gas pipeline from Russia to European countries will be finished later this year — to supply far lower cost natural gas to Germany and other recipient nations than exorbitant US LNG.

Lavrov: "Washington is blatantly abusing the privileges it has as the host country of the UN Headquarters."

"Acting at its own discretion in violation of international law, (the Trump regime) denied the representatives of 'undesirable' countries the opportunity to attend events held at the UN platform."

Russian actions on the world stage conform fully with international laws, norms and standards, polar opposite how the US, NATO, and Israeli regimes operate.

Moscow's "top (geopolitical) priorities include the fight against (US-supported) international terrorism, in particular in Syria, as well as efforts to promote a political process here and to settle the current humanitarian problems of Syrians," Lavrov explained.

Moscow is also actively involved in negotiating an end to years of war in Yemen, Libya and elsewhere, countries ravaged by US aggression.

So is Russia's strategic partnership with India, ASEAN states, Latin American ones, African nations and others.

Time and again, Russia proved itself a reliable political and economic partner, respecting the sovereign rights of other nations and welfare of their people — polar opposite how imperial USA operates.

Lavrov: In 2020, Russia "plans to continue maintaining global security and strategic stability, including efforts to prevent an arms race in outer space and the unacceptability of weaponizing cyberspace."

"We will completely activate the potential of the UN, the G20, the CIS, and the Eurasian Economic Union, as well as the possibilities opened up by Russia's presidency of BRICS and the SCO."

Above all geopolitically, Russia seeks world peace, stability, security, cooperative relations with other nations, and multi-world polarity — polar opposite US rage for unchallenged dominance, pursuing it with a vengeance.

The US was Soviet Russia's junior partner in the battle to defeat Nazi Germany.

Without Moscow's enormous contributions and sacrifices, Hitler might have won WW II.

Triumphing on the Western front was mainly a Russian operation, its contribution to defeating Nazism indispensable.

Millions of Russians perished defending the Motherland and liberating most of Europe, millions more suffering enormously.

That's what Moscow's 75th commemoration in May will honor, what others in the West should honor the same way, but won't.

Will another Great Patriotic War be waged ahead, next time against the US imperial scourge to dominate planet earth, its resources and populations?

Will humanity survive if it's waged? Will super-weapons making ones used in WW II look like toys kill us all if there's another world war?

Will humans be the first species ever to destroy itself — and all other life forms with it?

The first world war to end all future ones and misnamed "good war" that followed were warmups for decades of endless future wars — largely US launched ones.

They're raging today in multiple theaters, plans for new ones drawn to be launched when ordered, along with color revolutions and old-fashioned coups to forcefully transform other nations into US client states.

Will its rage to dominate by brute force doom us all?