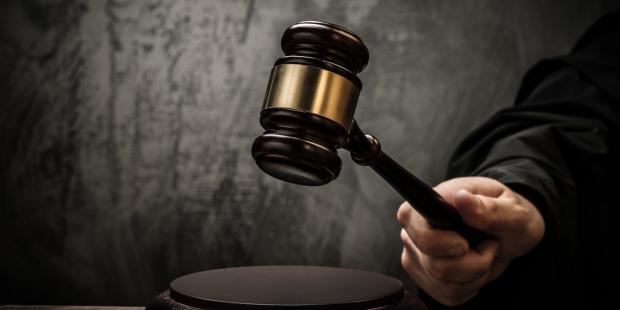 The Times never met a US-supported tinpot despot or wannabe one it didn't wholeheartedly endorse.

It never met a bona fide democratic leader opposed by the US it didn't vilify.

Venezuela is Exhibit A, the hemisphere's leading social democracy with the world's best electoral system — free from money control and rigging.

It's how the US system operates, a one-party state with two right wings, a fantasy democracy, serving privileged interests exclusively, never the real thing.

Since Bolivarian governance under Hugo Chavez began in 1999, whenever Venezuelan elections are held, independent international monitors call them scrupulously open, free and fair.

Bipartisan US hardliners, the Times and other establishment media pretend otherwise.

Elected by no one, he's widely despised and replaced as National Assembly speaker on charges of corruption, yet retains Trump regime support, taking orders from Washington, saluting and obeying.

Defying a travel ban, he showed up last month at the billionaire's ball in Davos (the so-called World Economic Forum), a gathering of movers and shakers to plot ways of using their wealth to make more of it.

He failed to impress, spending most of his time answering questions about why he hasn't succeeded Maduro.

Trump didn't meet with him while both figures were there together.

Before heading to Davos, he met with Pompeo in Bogota, Colombia. Reportedly Duque regime narco-paramilitaries aided his border crossing.

At home, dwindling numbers turn out to hear his rants. Polls show his support at around 10%.

In London following his Bogota visit to meet with UK officials, he was greeted by anti-fascist protesters, again on arriving in Madrid, his infamy traveling with him.

Around three-fourths of world community nations refuse to recognize him as Venezuelan president, support coming largely from the West and fascist Latin American states.

Even the NYT, supporting him since self-declaring himself president, said he's "so removed from power that…he was barred from even entering the legislature, where he was seeking re-election as the body's leader," but lost to another candidate, adding:

The Trump regime's "gamble" on him "is looking increasingly like a failure."

According to the Washington Office on Latin America's Venezuela director Geoff Ramsey, "(i)t's impossible to overstate what a huge blow all of this is to US strategy in Venezuela."

Over the past year, everything the Trump regime threw at Venezuela to replace its democratic government with pro-Western puppet rule failed.

Reportedly over $650 million was spent trying since December 2017 — while promoting and instituting cuts in vitally needed US social programs.

On Saturday, he showed up for a State Department arranged meeting with Venezuela ex-pats in Miami.

At his Palm Beach Mar-a-Lago estate at the time, Trump again declined to meet with him, reportedly turning down a request he made — nor have both figures met any time over the past year since Guaido illegally self-declared himself Venezuelan president.

Was his foreign tour his last hurrah? Will he be arrested on return home for breaching his travel ban or ignored?

Are his days numbered as self-declared president in his own mind?

In response to his failed Davos visit, a Hands Off Venezuela activist tweeted:

"There is something really absurd about seeing (him) whining at the Davos Forum about 'brutal persecution' when he literally led an illegal right-wing coup last year and, instead of getting punished, he is drinking wine with world leaders in Switzerland."

Achieving nothing abroad, it remains to be seen what awaits him back home.