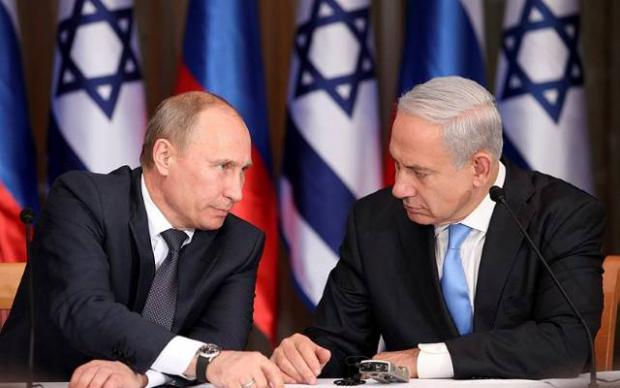 Where Does Russia Stand on Trump's Annexation Scheme?

No US president toadied more obsequiously to Israeli interests than Trump.

Nor were any previous US heads of state more dismissive of Palestinian rights and ordinary people everywhere — though it's false to believe the Israeli tail wags the US dog. It just appears this

Trump's MAGA agenda is all about serving Wall Street, the US military, industrial, security complex, other monied interests, and the Jewish state over world peace, cooperative relations with other nations, and the general welfare he disdains.

Getting what he wanted throughout Trump's tenure, concessions to him and Israel far exceeded what any previous US president delivered for Israel and its lobby, DJT's annexation scheme most of all — the ultimate license for Israel to steal Palestinian land, endorsed by the White House.

Where does Russia stand on Trump's annexation deal of the century? Information on its provisions leaked throughout last year.

"For the last two years, we have heard that a new Middle Eastern initiative – the so-called 'deal of the century' will" be unveiled to try resolving unresolvable Israeli/Palestinian differences.

What's needed to reinvigorate the peace process is not a US-led plan, he stressed. "Collective efforts of the entire international community (are needed) to launch direct negotiations between the parties."

"Without overcoming this long-standing crisis, which continues to be a source of instability and extremism, it is hardly possible to talk about 'calming down' the region."

Lavrov stressed that what was known about Trump's scheme last year "r(an) counter to the international" parameters of equity and justice, its provisions unacceptable to Palestinians, adding:

"The information we have shows that this future 'deal' will destroy everything that has been accomplished so far."

It aims to prevent a two-state solution while pretending otherwise. Unilateral US steps have had a "significant negative" impact on Middle East diplomatic efforts.

In fall 2016, Vladimir Putin proposed holding a Palestinian/Israeli summit in Moscow with no preconditions, Russia acting a nonpartisan interlocutor between both sides.

Despite Netanyahu and Abbas agreeing to the idea in principle, the summit never took place.

Israel's prime minister learned early in Trump's tenure that he had him in his pocket on issues relating to Palestinians and various others affecting Israel.

So why involve Russia in the so-called peace process, its even-handed diplomacy world's apart aims the US and Israel seek to accomplish.

In early 2019, Russia hosted Hamas and PA officials in Moscow. An effort for Palestinian unity failed — much like many earlier failed attempts to get both sides to agree on a common agenda, Israeli dirty hands undermining things each time.

"We believe that it is necessary to enter into direct negotiations (between Israel and the Palestinians) to reach mutually acceptable compromises."

"We do not know the extent to which Washington's ideas are mutually acceptable to all parties to the conflict."

Putin spokesman Dmitry Peskov initially said "(w)e continue to analyze this information and study the plan that was prepared by the White House."

Moscow needs time to study the plan. Russia's daily Kommersant reported that the Kremlin may back it.

"The president of Russia has a chance to play his recently beloved role of peacemaker and mediator" — even though Moscow long ago gave up on the so-called Israeli/Palestinian peace process as hopeless adding:

"Now, for the first time in a long time, Israel is ready to discuss this topic, albeit on its own terms."

"And, as spokesman for the President of the Russian Federation Dmitry Peskov said, Russia is ready to do everything possible to achieve a viable peace in the Middle East."

Russian Middle East expert Grigory Lukyanov called Trump's scheme neocolonial, "a repetition of the events during the first half of the 20th century, which led to the conflict between Arabs and Jews."

Then Britain, France and the League of Nations were involved. Today it's the US and Israel, pursuing their own domestic political goals, "redrawing the map of the region as they need it."

"At the same time, they forgot to ask the local population about it. That is why (it) cannot be effective. We need a consensus with local political forces."

Lukyanov believes Israel will pay a price for the stillborn scheme. Instead of helping the Jewish state and Israel, the opposite may happen.

It's likely doomed by its one-sidedness. Russia's Voice of Islam denounced what it called the "Trump and Netanyahu's pathetic deal" — excluding one of the parties from involvement in its preparation.

"…Palestinians and the Israeli people should have the final say on matters of a lasting and equitable peace settlement since it has to do with their future."

"We are ready to closely coordinate our actions with our Palestinian and Israeli partners, as well as Middle East and North African states, members of the Middle East Quartet of international mediators and all parties interested in a speedy achievement of a lasting peace in the Middle East."

On Sunday, Putin spokesman Peskov criticized the scheme for the first time publicly in response to Palestinian anger, denouncing it, and Arab world concerns, saying:

"It's plain enough that some of this plan's provisions do not fully correspond to the relevant resolutions by the UN Security Council," adding:

"This, of course, makes us think about its viability."

"(I)n the long run, that deal will not mean anything good - either for the region, or even for the domestic policy of Israel, to which it will bring neither peace nor stability."

Resolving it between Israel and the Palestinians on the one hand, regionally on the other between the US and nations it attacked, would defeat US/Israeli imperial Middle East aims.

They're served by endless conflicts and chaos, defeated by restoring peace to the region.

It was designed to prevent peace, not pursue it.