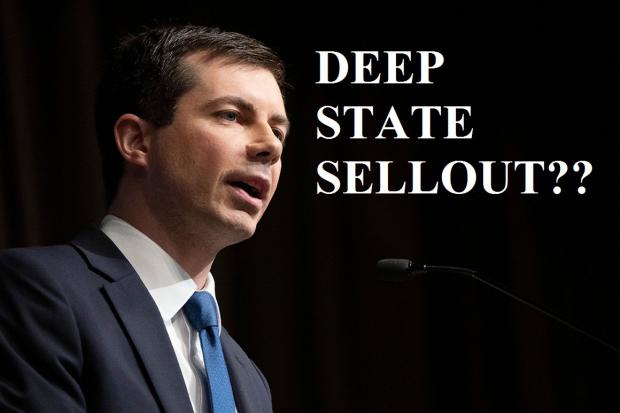 Leading Buttigieg by 7 points, a larger margin over other Dems in a pre-election poll, how was it possible for Sanders to come in second with most Iowa precinct results reported?

His triumph was stolen by election rigging, indicating more of the same to come in upcoming primaries.

The app used to tabulate votes in Iowa precincts failed. Was it a technical glitch as reported or willful mischief? Bet on the latter.

The Financial Times reported that the firm "is part of a wider effort by veterans of Hillary Clinton's 2016 campaign to boost the party's use of technology" — its staffers connected to her, Obama and Buttigieg.

According to the Federal Election Commission, Buttigieg's campaign paid the firm thousands of dollars for "software rights and subscriptions" last summer.

Gray Zone.com said Klarman is closely connected to Buttigieg's campaign. No pre-election or exit polls suggested he might win in Iowa.

On Monday, he self-declared himself the winner, tweeting:

"Iowa, you have shocked the nation. By all indications, we are going on to New Hampshire victorious."

On Tuesday, the Sanders campaign released partial results, showing him ahead in the vote tally but trailing Buttigieg in the delegate count, Biden coming in a weak fifth — based on 62% of precincts.

According to ABC Politics, the DNC is involved in Iowa vote counting, an unprecedented intervention, what state officials always had exclusive control over before.

Commenting on the unprecedented delay, Sanders said "I am disappointed."

"I suspect I can speak for all of the candidates, all of their supporters and the people of Iowa that the Iowa (Dem) party has not been able to come up with timely election results. I can't understand why that happens," adding:

"I don't know how anybody declares victory before you have an official statement as to an election result, so we're not declaring victory."

Much like what happened in various 2016 primaries, victories was snatched from him by DNC election rigging.

Iowa 2020 appears the latest example, part of a diabolical campaign by undemocratic Dems to keep control of the party apparatus in what appears to be safe hands — even though Sanders votes along party lines most often.

Nonetheless, the DNC rigged things against him in 2016. Based on Iowa shenanigans, it's happening again now.

It's more evidence of a money-controlled electoral process too debauched to fix — polar opposite what democracy is supposed to be.

It's an anathema notion in the US, opposed by both right wings of the one-party state — why voting is a waste of time, achieving nothing when dirty business as usual wins every time.

According to Real Clear Politics, an average of various polls shows Sanders likely to defeat Trump in a head-to-head race by a 49.0% to 45.3% margin.

Does the DNC prefer losing to Trump over nominating Sanders to be their standard bearer?

Buttigieg is relatively unknown, Trump likely to fare much better against him, Biden as well based on his poor showing in Iowa.

There's months to go before November elections, anything possible between now and then, though one thing is certain.

Whoever is elected president and serves in key congressional positions won't represent the interests of ordinary Americans, privileged ones exclusively.

In The Bubble: Trump's Presidency Reveals 7 Undeniable Facts About The Swamp

The Trouble with Iowa is US Fantasy Democracy