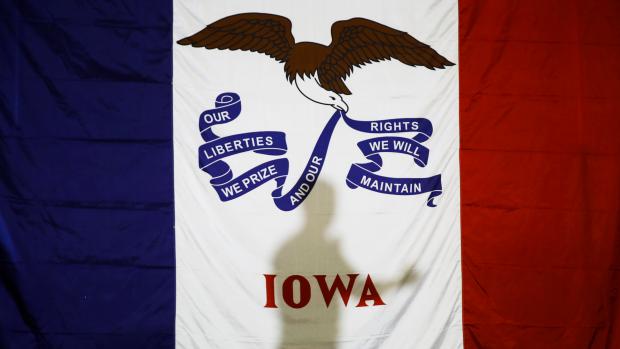 According to a pre-Iowa caucus NYT/Sienna College poll, "Sanders appear(ed) to be peaking" at the right time.

With triumph for Sanders looking certain, boosting his chance to win the New Hampshire primary next week, reporting Iowa results was delayed.

Was it for technical reasons as claimed or something more diabolical?

Did undemocratic Dem power brokers snatch defeat for Sanders from the jaws of victory?

Election fraud in the US is longstanding — at the federal, state and local levels.

Democracy in America is for the privileged few alone. Money-controlled elections and back room deals assure it.

If elections in the US were able to achieve equity and justice for all, they'd be banned.

From inception, the US has been more hypocrisy, plutocracy, and autocracy than democracy.

How was it possible for Buttigieg to erase a 7-point deficit in days to lead the caucus tally with most votes counted?

According to historian Robert Caro, it wasn't "the only (US) election…ever stolen, but there was never such brazen thievery" to that time.

Welcome to Iowa in 2016 and this week. Digital age technology and backroom manipulation make anything possible, election fraud today easier than ever.

At least 4 January 2016 pre-caucus polls showed him favored to win, including the reliable Quinnipiac one, showing him favored by a 49% - 45% margin.

Yet Dem tallies showed she won. He lost, things decided by rigged coin flips. Are things repeating in 2020 the same way?

Will final tallies show Sanders again was deprived of a caucuses triumph in the state?

A year ago, he "he was a mere asterisk in the (Dem) contest," the South Bend, IN mayor little known outside his home area.

Are things being rigged against Sanders — again? In 2016, he never had a chance against Hillary, the Dems' choice.

Dirty tricks assured it. Are they in play to assure he's again prevented from heading the party's ticket in November — despite polls showing he's perhaps favored.

According to Real Clear Politics (RCP), he's second (at 23.7%) to Biden's 27% — based on an average of over a dozen nationwide polls conducted from January 21 - February 2.

Based on what happened in 2016, snatching victories from him in enough primaries for Hillary to triumph, is what went around then coming around again this year.

In 2016, Hillary was handed Iowa by rigged coin-flips, Massachusetts, Nevada and Arizona by old-fashioned fraud, likely triumphing in New York the same way.

Over 125,000 registered voters were purged from NYC rolls, illegally disenfranchised.

Many others had their party affiliation changed without their knowledge or consent.

New York primaries are closed. Only registered members of a political party can vote. They can't switch affiliations on election day.

Over three million registered NY independents were disenfranchised. Could they have swung the election for Sanders if allowed to vote?

"Voters are frustrated, angry, and feel helpless. We have heard hundreds of stories, with desperate pleas for help."

"For these voters to be systematically and erroneously removed from the rolls or prevented from voting in their party of choice is devastating to them personally and has sent a wave of doubt and worry through the voting public."

Other dirty tricks occurred in the state, including polling stations opening late, broken voting machines, missing ballots, faulty ballot scanners, disproportionately allocating more delegates to Hillary than Sanders in at least one state congressional district (the 12th), and other irregularities.

Similar ones occurred in other primaries.

Former acting DNC chairwoman Donna Brazile accused her of a conducting a hugely unethical power play to usurp control of the Dem party during the primary season – to assure her selection as presidential nominee, rigging things against Sanders.

The race for Dem nominee was decided before primaries began. Is a repeat of the same underway this year?

As the saying goes, if it walks, talks, and quacks like a duck…

If the aroma of fraud permeates the Iowa caucuses, it's because longstanding electoral fraud has been part of the US political landscape since early in he 19th century — today possible through electronic ease.

Americans get the best democracy money can buy — the real thing nonexistent from inception.

"Democracy in America is for the privileged few alone. Money-controlled elections and back room deals assure it." Why would anyone want democracy, except in small groups? In democracy, the majority makes slaves of the minority. Then the majority delegates their power to a small group for implementation of whatever, and the small group makes slaves of everyone. Get rid of democracy. Unite via libertarianism where you are totally free until you harm someone, damage his property, or threaten him directly.