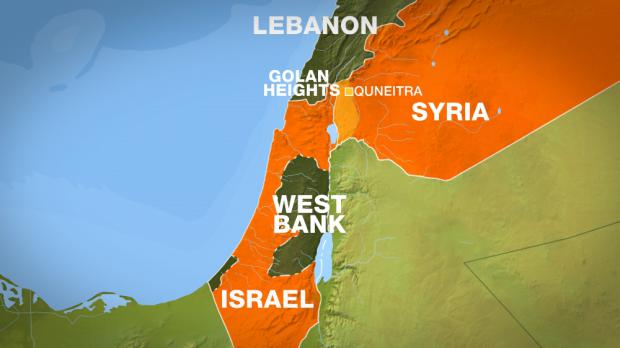 By its own admission earlier, the IDF terror-bombed Syrian targets hundreds of times in recent years — the world community doing nothing to challenge its war crimes.

Reportedly eight Syrian forces were injured, according to a military source, a statement saying:

"Air defenses…destroy(ed) a significant number of the attacking missiles. The Israeli escalation will not save the (US/Turkish supported) terrorists in Idlib or Aleppo from destruction."

According to Israeli police, the car with Israeli license plates was located, the driver not apprehended.

Whenever violent incidents occur in the Occupied Territories, the vast majority of times initiated by Israeli security forces, Palestinians are accused of acts of terror — Israeli state terror considered self-defense.

Israeli police spokesman Micky Rosenfeld said "the (overnight) incident is being investigated as a terror attack."

According to the Jerusalem Post, a "vehicle came from behind and struck (the soldiers) at high speed."

They "were not able to shoot at the driver before he fled the scene of the attack." The incident happened "in seconds."

"It's only a matter of time - and not much time - until we get our hands on the perpetrator," roared Netanyahu.

Almost daily, Palestinians are arrested for invented reasons. They're automatically declared guilty by accusation, innocence not considered a legitimate defense.

Israeli military intelligence connected DEBKAfile (DF) said 12 soldiers were injured, a Palestinian automatically blamed despite no information on the driver of the car involved.

DF claimed otherwise, saying "his identity is known to security forces," how not explained.

Perhaps the car was stolen or belonged to someone uninvolved in what happened.

Longstanding Israeli policy in dealing with Palestinians is shoot first and ask no questions.

The above incidents follow the unveiling of Trump's anti-peace/annexation scheme, infuriating Palestinians, violence likely to continue ahead.

On Wednesday and Thursday, clashes occurred between Palestinians and Israeli forces in the West Bank and East Jerusalem.

According to the Middle East eye,  citing an anonymous witness, "hundreds of Palestinian youths massed to confront the Israeli forces, some armed with guns, with violent clashes ensuing."

The eyewitness said "bullets were coming out from all directions. Everyone lay on the ground and we did not know where to hide from the bullets."

In response to the latest incident, likely to spark more of the same, Jenin Governor Akram Rajoub blamed Israel's "aggressive occupation" at a time of heightened tensions following release of Trump's no-peace/peace scheme.

Separately, a PA draft resolution condemning the scheme will be introduced during an upcoming Security Council session.

Its text "stresses the illegality of the annexation of any part" of Occupied Palestine. It "condemns recent statements calling for annexation by Israel."

Veto power by the US, UK and France renders the resolution dead-on-arrival.

On issues pitting Israel against Palestinians, achieving justice for their long-suffering people is off the table — even when Security Council resolutions critical of Israel are adopted.

It doesn't matter. As long as the Jewish state has US support, it can do virtually anything with impunity and get away with it — including mass murder and other high crimes.