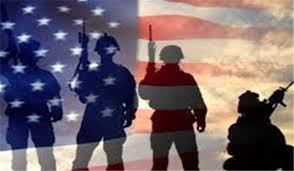 Syria is Obama's war, begin in 2011, escalated by Trump, ongoing for nine years, using jihadists as ground troops, one of history's high crimes.

No end of it in prospect, it's one of many US forever wars of aggression against one nation after another threatening no one.

Establishment media reporting on all US wars amounts to all propaganda, all the time — truth-telling forbidden.

On Syria from inception, major media reporting has been some of the most dismal in memory — featuring a litany of Big Lies and deception, along with contempt for peace and the rule of law.

NYT reporting is some of the worst, supporting aggression, never denouncing it, blaming US victims for high crimes committed against them.

According to Times propaganda, Russian and Syrian forces are to blame for civilians killed by jihadists — shelling government troops and residential areas scores of times daily.

The broadsheet cited al-Qaeda-linked White Helmets as a source, involved in CW incidents and other atrocities.

Like other fake news reports, the Times falsely accused Russian and Syrian forces of bombing hospitals and other residential sites.

Its disinformation report falsely accused "Syrian, Russian, and Iranian forces (of) bombing and shelling civilian targets, driving more than 150,000 people from their homes in January alone."

Fact: Russian and Syrian forces are involved in liberating areas controlled by US/Turkish supported jihadists, who are responsible for terrorizing civilians, driving their exodus from conflict areas.

Like other establishment media, WaPo failed to condemn illegal US, NATO, Turkish occupation of Syrian territory — a high crime against peace, their aggression the highest of high crimes.

Syria's liberating campaign, supported by Russian airpower, is legitimate and essential self-defense as defined under the UN Charter and other international law.

WaPo supports endless war and carnage, blaming Syria and Russia for US-led high crimes committed against the country for nine years with no end of them in prospect.

Accusing Russia of "challeng(ing) (US occupation of Syria's) northeast," he ignored its illegality and Moscow's efforts for conflict resolution since 2012.

Moscow wants it delivered to all Syrians in need. The US, Britain and France want it sent to jihadist controlled areas alone.

Propaganda and hot wars rage together, alternative sources the only reliable way to get and stay informed, mostly online.

Russia and Turkey Remain at Impasse Over Syria