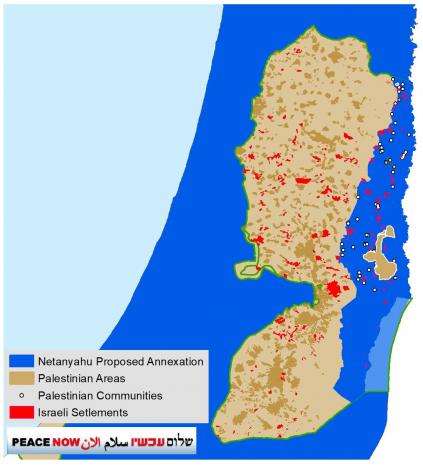 The Trump loyalist is a longtime supporter of unlimited settlement construction and annexation.

Long before it was unveiled, he shamefully called illegal settlements on stolen Palestinian land part of Israel.

Earlier he rejected a two-state solution "without the approval of the Israelis," adding:

"This is an issue that Israel has to deal with on its own because it will have to deal with the consequences," he claimed.

"The Israelis have to make the decision on whether or not to give up land to create a Palestinian state."

It's not an "American imperative for it to be an independent Palestinian state."

Trump "feel(s) no pressure to make self-defeating concessions. (T)here's no daylight between (the US and Israel) on military and strategic cooperation."

Earlier Friedman served as president of American Friends of Bet El Institutions, an organization involved in raising millions of dollars annually for the orthodox settlement by that name near Jerusalem.

Haaretz explained that "(p)laques bearing Friedman's name and those of other family members appear on buildings in the settlement, including a school built illegally on private Palestinian land."

"He also gave money to settle Jews in the Muslim Quarter of the Old City in Jerusalem."

He vowed to one-sidedly serve Israeli interests at the expense of long-suffering Palestinians he doesn't give a damn about.

With Zionist zealots infesting Washington, especially in the Trump regime, and no one representing Palestinians on the world stage, their land is being systematically stolen dunum by dunum.

Their rights were lost over a century ago to early-stage Zionist tyranny, courtesy of Britain's Arthur Balfour.

No timeline was announced for completion of the scheme. Likudniks are pressuring Netanyahu to get on with it.

It'll likely unfold post-March 2 elections. Though with impasse likely to continue based on current polls, it may or may not be delayed longer.

Dermer was appointed to his post in July 2013, a hardline ideological extremist opposed to Palestinian statehood, supporting occupation harshness.

He once said "the principle of two states for two people is a childish solution to a complicated problem."

In 2011, Tablet magazine called him "Bibi's brain," his "most influential aide," his "alter-ego" who's "done more to shape Israel's relationship with the United States, its Arab neighbors, and the Palestinians over the past few years than any man aside from the prime minister himself."

"He's got "Machiavellian political instincts…Bibi doesn't move an inch without talking to him."

Further dismemberment of historic Palestine will begin in the coming weeks, perhaps completed next month, occupation harshness to stay unchanged.