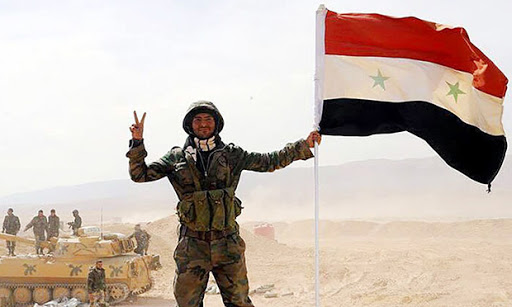 Like most of his predecessors, UN secretary general Guterres was installed by Washington to serve its interests.

Time and again, his actions show fealty to a higher power, breaching UN Charter principles, disgracing the office he holds.

Instead of denouncing US aggression in multiple theaters, he supports it by failing to call for upholding the rule of law against it.

Since installed by the US on January 1, 2017, he failed to demand accountability for US, NATO, Israeli, Turkish, and Saudi high crimes of war, against humanity, and slow-motion genocide.

He's done nothing to uphold Security Council Res. 2254, calling for ceasefire and diplomatic resolution to US aggression in Syria, supported by its imperial allies, Guterres among them.

Instead of praising and encouraging Syria's liberation struggle against the scourge of US/NATO/Turkish/Israeli/Saudi supported terrorists in the country, notably in Idlib province and surrounding areas, he called for halting it through his spokesman, a statement on his behalf saying:

He's "alarmed" by the situation for civilians in Syria's northwest — falsely claiming "900,000 civilians" were displaced since December 1. See below.

Saying there's "no military solution," he called for "an immediate ceasefire."

Given US/NATO/Turkish/Israeli rage for endless war, the most effective solution is by military means — along with diplomatic efforts only able to work when anti-Syria dark forces are being defeated.

"We are now receiving reports that settlements for displaced people are being hit, resulting in deaths, injuries and further displacement" — implying Syrian  and Russian responsibility for dozens of daily shelling incidents carried out by US/Turkish supported jihadists.

A year after the US rape and destruction of Mosul, Iraq on the phony pretext of combatting ISIS the Pentagon and CIA support, UN humanitarian coordinator for Iraq Marta Ruedas falsely called the city liberated.

Tens of thousands of Iraqis were "liberated" from their lives, the same horrific fate affecting about 40,000 Raqqa, Syria residents — massacred by US-led terror-bombing, the UN never demanding accountability for Nuremberg-level crimes in both cities.

Nor have UN officials denounced any US, NATO, Israeli wars of aggression — responsible for mass slaughter and destruction time and again against nations and people threatening no one.

"Reports of alleged flow of hundreds of thousands of civilians, gravitating towards the Syrian-Turkish border over fights between the terrorists and the government forces in the eastern part of the province, are false," adding:

"There are no verifiable photo or video materials or any other evidence supporting claims of movement of allegedly almost one million civilians towards the Syrian-Turkish border from Idlib de-escalation zone."

Countless thousands of Syrians liberated by government forces and Russian airpower are returning to their homes or other government controlled safe areas in the country — free from US-Turkish supported jihadists who held them captive as human shields.

Zhuravlev and other Russian officials called on Turkey to aid the exit of civilians from areas where they've been entrapped so they can reach government controlled safe locations.

Truth-telling journalism the way it should be is a casualty of all wars during their run-up and while ongoing.

The truth about US aggression in Syria, its other post-9/11 wars, and US conflicts in every decade since WW II ended has been systematically distorted and suppressed by establishment media — most egregiously since US aggression in Southeast Asia ended.

During the entire post-WW II period, the US bears responsibility for some of history's greatest high crimes — blame shared by NATO, Israel and other imperial partners.

The UN Comes Out In Support Of ANTIFA??! No Surprise Here

UN Chief Says Pandemic Must be Used to Deindustrialize West