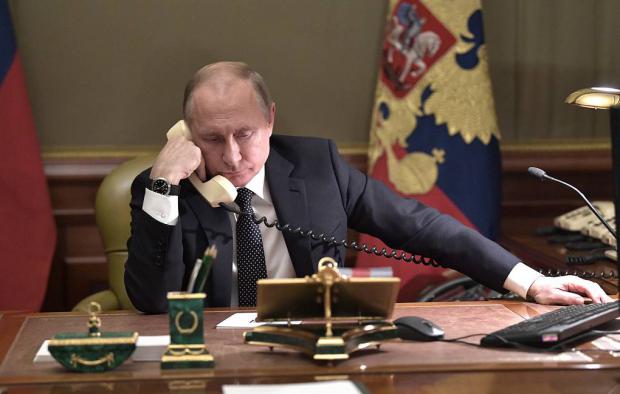 In September 2015 at the request of Damascus, Russia began aiding Syrian forces defeat the scourge of US-supported jihadists — backed well by NATO, Turkey, Israel and the Saudis.

Since then, most Syrian territory was liberated from their presence, Idlib province their last remaining stronghold in the country.

Tens of thousands of al-Nusra, likeminded terrorists, and White Helmets supporting them infest the province.

"We have always been saying that we cannot put up with the presence of a nest of terrorism on Syria's national territory," adding:

"It should not be our position only. It should be the (world community) position…"

The "fight against terrorist is not only the right but the duty of (every) state. There can be no ceasefire…terrorists." And they are.

"In Idlib they're Jabhat al-Nusra (banned in Russia and likeminded groups) controlling a larger part of the governorate."

"All the documents on Idlib we have ever signed either with Turkey and Iran stress that we are committed to Syria's sovereignty, territorial integrity and political independence."

"It is Syria's territory," belonging to no foreign occupiers or jihadists they support.

Russia "spared no effort to ensure that the ceasefire the Syrian government imposed in Idlib with our support in early January stays in place."

It failed like numerous others throughout years of war because the Obama regime and now Trump hardliners reject restoration of peace and stability to the country — perpetuating endless war, no end of it in prospect.

"After the (latest) ceasefire was declared (in January, US/Turkish supported) terrorists in Idlib have been shelling" government forces and residential areas.

"According to our data, eight drone attacks have been staged (since January 9 alone) at Khmeimin where our base with our personnel are located.

"Syrian government troops (supported by Russian airpower) had to take action to put an end to terrorist attacks on Aleppo and the neighboring settlements."

"We definitely support them because the Syrian government is taking action against terrorists on its own territory."

"Naturally, all possible measures are being taken to save civilians. A number of corridors to the government-controlled territory have been established, but they are poorly used because terrorists don't let people use them. They are a human shield for terrorists."

Tensions in the province are "serious," Russia doing all it can to diffuse them in discussions with the Turkish side that's supporting jihadists instead combatting them.

"The most important thing is to prevent civilian casualties and continue the uncompromising fight against terrorists," Vershinin stressed.

According to the Syrian Arab News Agency (SANA) the Trump regime is "dismayed" and "frustrated" over "humiliating defeats" suffered by ISIS, al-Nusra, and other jihadists in the country it supports by government and Russian forces.

A Syrian Foreign Ministry statement said the failed US imperial project in Syria is "motivation" for its military and civilian population "to continue confronting terrorists and their supporters until every inch of Syrian soil is free of terrorism and illegitimate foreign presence."

On Saturday in response to Turkish aggression, a Syrian military statement said the following:

"Any aircraft that violates the Syrian airspace will be treated as a hostile military target that will not be allowed to fly over our airspace."

"It will be tracked at the moment of its discovery, and we will work to destroy it once it penetrates our airspace."

If the Erdogan regime dares launch a large-scale ground and aerial attack cross-border against Syrian forces, he'll further alienate Russia and get over his head in a conflict he can't win.

Russian and Syrian aircraft control the airspace over Idlib. Air defense systems of both countries can down hostile aircraft.

Like the US, Erdogan prefers using jihadists as proxy troops, supported by regime shelling.

When attacked, government forces respond strongly, supported by Russian airpower, a combination that's been able to liberate most Syrian territory from imported jihadists and White Helmets backing them.

"(T)he Syrian Arab Army, backed by the Russian Air Force…wipe(d) out most of the enemy combatants during the battle," including at least two Turkish soldiers aiding them.

On Saturday, Erdogan said he'll meet with Putin, Merkel, and Macron on March 5 to discuss developments in Syria, not indicating where, suggesting discussions about the summit remain ongoing.

Russian forces operate in Syria at the request of Damascus. Turkish troops operate in the country illegally.

Russia is a liberator, Erdogan an aggressor like Obama and Trump.

Calls by the US, Turkey, their imperial partners, and the UN for an immediate ceasefire in Idlib are all about wanting Syria's liberating struggle in the province undermined.