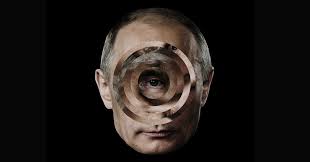 It's deja vu all over again," as baseball great/"philosopher" Yogi Berra reportedly once said.

Disproved in the run-up to and following the 2016 US presidential election because no evidence proved it, establishment media won't let the Big Lie about Russian US election meddling die.

Polls show most Americans believe it. An earlier ABC News/Washington Post poll found that 56% of respondents believe Russian meddling help Trump defeat Hillary — despite no evidence suggesting it because none existed earlier or now.

In its Monday edition, the NYT falsely claimed that "Putin's ultimate goal (is) weaponiz(ing) information" relating to the US election…pulling levers from behind a curtain (sic)," adding:

"The point of Moscow's campaign is not necessarily to help Mr. Trump or Mr. Sanders get to the presidency in 2020."

"It's to sow discord and undermine the institutions of American democracy, making presidential elections here seem no more credible than the ones keeping Mr. Putin in office (sic)."

Fact: Democracy in America is pure fantasy. How could any foreign nation undermine what doesn't exist?

Fact: Russian elections are scrupulously open, free and fair — polar opposite the US money-controlled process that the Times and other establishment media support.

Fact: Governance in the US is of, by, and for privileged interests exclusively, the public welfare long ago abandoned.

Fact: The Times and other establishment media are part of the dirty system — featuring state-approved propaganda on major issues, truth-telling journalism prohibited.

The Times: "Russia (is) interfering in (Dem) primaries to aid Senator Bernie Sanders, according to (unnamed) people familiar with the matter (sic)."

Not a shred of evidence suggests it because none exists, the Times failed to explain. Claiming it is a way to shift voter sentiment to other Dems.

Last week in response to phony accusations of Russian US election meddling again, Kremlin spokesman Dmitry Peskov called them "paranoid announcements (that) have nothing to do with the truth."

"Russia intend(s) to interfere with the 2020 Democratic primaries as well as the general election (sic)."

Not so, according to White House national security advisor Robert O'Brien, saying:

"I haven't seen any intelligence that Russia is doing anything to attempt to get President Trump reelected," adding:

They are only news reports that make unjustifiable claims based on "leaks."

Despite no intelligence suggesting it, O'Brien said "(w)hat I've heard from the FBI…is that Russia would like Bernie Sanders to win the (Dem) nomination (sic)."

"They'd probably like him to be president, understandably, because he wants to spend money on social programs and probably would have to take it out of the military, so that would make sense (sic)."

O'Brien ignored Sanders' geopolitical views that express militant hostility toward Russia, China, Iran, Venezuela, Syria, and other nations on the US target list for regime change — indicating his willingness to use military force against national security threats despite none that exist.

In its latest edition, the Times falsely claimed evidence of Russian US election meddling in 2020 that's nonexistent.

The broadsheet quoted former Time magazine editor/head of propaganda for the Broadcasting Board of Governors/CEO of the right-wing Aspen Institute/current professor of reinvented history Walter Asaacson, tweeing:

"If Bernie secures the Dem nomination…the Russians will have succeeded in hacking our democracy (sic)."

"Putin is trying to help Sen. Sanders because Putin wants President Trump to win. It's a straight line (sic)."

"I don't think Sanders wants Putin to help…I think they don't like this story, but the story is a fact (sic)."

The claim is pure rubbish, once again no evidence suggesting it because none exists.

Claiming "the true goal of Russian interference (through) "information war" on the US (is to) undermin(e) (its) electoral legitimacy" is typical Times rubbish — stuff no legitimate editors would touch.

Times editors feature it repeatedly, further evidence of its war on truth-telling journalism it long ago abandoned.