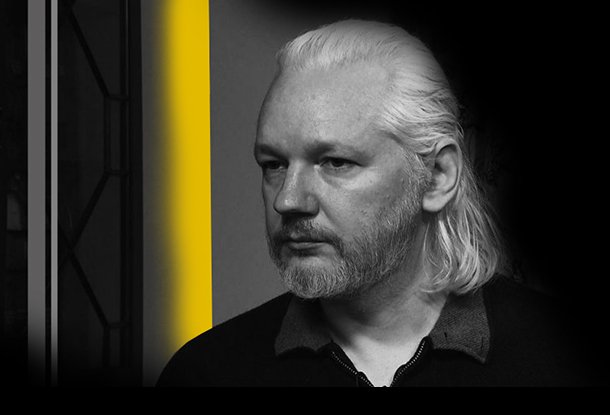 Like virtually always in the modern era, Britain is in cahoots with the Trump regime to crucify Assange for the "crime" of truth-telling journalism — revealing US high crimes of war and against humanity both right wings of its war party want suppressed.

Last week, John Pilger stressed that "if there is any sense of justice left in the land of Magna Carta, the travesty that is the case against this heroic Australian must be thrown out. Or beware, all of us," he added.

Of course, "in the land of" UK complicity with US high crimes, Assange has already been judged guilty as charged, evidence of innocence inadmissible.

Incarcerated since last April after being brutally dragged from Ecuador's London embassy to maximum-security Belmarsh prison, Assange has been tortured and otherwise abused to kill him slowly — including on days one and two of his show trial only a despotic regime could love.

According to Sputnik News analyst/producer Walter Smolarek, Assange is being "treated terribly throughout this whole process."

Separated from and unable to communicate with his legal team behind bulletproof glass in the courtroom, he's also been "badly harassed by prison authorities inside of Belmarsh Prison" before and during extradition proceedings to "make him incapable of truly defending himself in court," adding:

"This is an unbelievable abuse of a detainee - somebody who should have the presumption of innocence - but obviously that's not being followed in this case."

Pronounced guilty by accusation long before proceedings began,  there is no chance for Assange to receive due process and judicial fairness, no chance for abuse against him to cease, perhaps no chance that he'll ever see the light of day again as a free man.

If he dies in Britain, "he will effectively have been tortured to death," said 117 doctors from 18 countries in an open letter.

According to his legal team, he was stripped naked twice, handcuffed 11 times, forced to stand isolated in court, and had his case files confiscated on day one of the extradition proceedings.

In cahoots with the US and UK regimes, magistrate Vanessa Baraitser falsely claimed no authority to rule on Assange's mistreatment.

His lawyer Edward Fitzgerald explained that US intelligence operatives and Spanish detectives plotted to kidnap and poison him when confined in Ecuador's London embassy — intending to make his death appear accidental, adding:

He was surveilled and his conversations recorded inside the embassy by the UC Global Spanish firm, material handed over to US intelligence operatives, including audio and video recordings of meetings with his legal team, a flagrant breach of attorney/client confidentiality.

On Monday, WikiLeaks tweeted the following:

Fitzgerald: (Assange) was the obvious symbol of all that Trump condemned. He had brought American war crimes to the attention of the world.

Fitzgerald: 'political motivation fuels this prosecution' and cites comments from the US government that Assange and Wikileaks are a 'non-state hostile intelligence agency.'

Fitzgerald: Julian Assange was subjected to surveillance on the instructions of US intelligence while in the Ecuadorian embassy.

A witness (unnamed) has provided detail including how they collected sound recordings from microphones every 14 days.

Witness #2 will testify that: 'extreme measures' such as kidnapping or poisoning Assange were discussed among personnel involved in the espionage operation, (calling US intelligence) 'desperate.' "

He wasn't even allowed to "shake his lawyer's hand…and (was) five times locked up in different holding cells," said Murray — along with being abusively stripped searched and handcuffed multiple times.

As for Baraitser throughout two days of proceedings with more of the same sure to follow, she made "no attempt to conceal a hostility to" factual evidence presented by the defense, said Murray, adding:

She "dropped a massive bombshell," saying that although the US/UK Extradition Treaty forbids political extraditions, this prohibition is not included in the UK Extradition Act, she claimed.

This issue will be discussed in day three of proceedings.

Assange's defense team will surely contest this argument to no avail given Baraitser's anti-Assange bias — following orders from a higher authority.