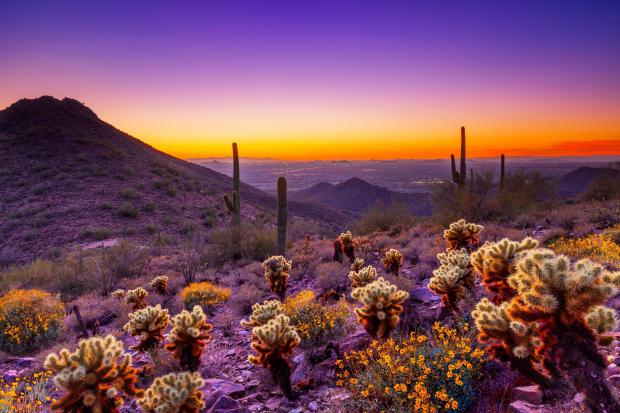 Terry has lived in the Phoenix area since early in 1957. He attended Arcadia High School and Arizona State University. Terry obtained his degree in Secondary Education majoring in History and minoring in Mathematics. Terry's father owned a funeral business in Iowa and Terry attended Commonwealth College of Science in Houston, Texas during the 1972-73 school year and served an apprenticeship in Iowa obtaining a Funeral Director's and Embalmer's licenses in Iowa.

Terry served in the United States Army from August of 1977 through December of 1980. During the time in service, Terry attended Basic Training at Fort Leonard Wood, Missouri, Cryptologic Traffic Analyst School at Goodfellow Air Force Base in Texas, Defense Language Institute at the Presidio of Monterey in California and Voice Intercept Operator's Training at Fort Devens, Massachusetts. He was finally assigned to the National Security Agency at Fort Meade, Maryland where Terry worked for his remaining time in the service.

Terry moved back to Phoenix in 1983 and worked the majority of his working life performing computer service work in the Phoenix area. He still maintains computers for small business and has a few clients to this day. In addition, Terry took over a Trust business for two men who are no longer working with Trusts. Terry assists people set up business structures using Limited Liability Companies having Trusts as members.

Terry has had a number of interests over the years. One of these interests has been Remote Viewing. Terry first heard Major Ed Dames on the Art Bell radio program in about 1996. Since that time, Terry followed the information Major Dames provided on the radio over the years and finally took the opportunity in 2011 to atend a workshop held in Reno, Nevada. He has continued to attend other workshops and conferences sponsored by www.learnrv.com whenever possible. The most recent of these was held in Henderson, Nevada just last month (February 15 through 16).

Terry will present information at this next Arizona Breakfast Club concerning Remote Viewing. The information provided may offer those who attend or later watch the video online with new insight to the abilities that are inherent to all of us. Remote Viewing is a consciousness tool that can provide answers to many important questions.