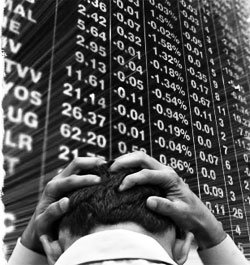 Global Depression Arrives, Only Its Depth and Duration Unknown

What's ongoing worldwide suggests that a redefinition of global depression is in order.

According to classical economics, it's a protracted economic downturn that lasts several years or longer, domestic or global GDP declining at least 10%.

According to Investopedia, economic depressions include high unemployment, a credit crunch, diminishing output, rising bankruptcies, sovereign debt defaults, marked slowdowns in trade and commerce, along with sustained volatility in financial and commodity markets, as well wide swings in currency valuations.

Officially, the US experienced depression conditions one time alone in the 1930s.

Unofficially, a protracted main street depression, affecting most Americans, has been ongoing since 2008.

In response to the 2008-09 Wall Street created financial crisis, major banks and other corporate favorites got bailed out.

Ordinary Americans got forced-fed austerity when vital high-level economic stimulus was needed — now more than ever in US history as the nation, the West, and most other countries face potentially unprecedented hard times for an unknown duration a a time of manufactured mass hysteria over spreading COVID-19 when calm and sound government policies are needed.

In US history, there have been 33 recessions — by definition a contraction in economic activity lasting at least two quarters, on average lasting 22 months.

Since 1900, the average US recession lasted 15 months.

The (official) US Great Depression) lasted from late October 1929 to 1939 when buildup at the onset of WW II began — around 10 years of hard times for most people.

The (unofficial) 2nd US depression began in late 2007, remains ongoing, and heads toward potentially unprecedented depths and human deprivation if all-out state-sponsored measures aren't taken and sustained to help all Americans in need.

If US governance was like in colonial America long ago, things likely never would have evolved to their current critical stage.

Ellen Brown explained it in her marvelous book titled "Web of Debt," saying:

"Readily available credit made America 'the land of opportunity' ever since the days of the American colonists."

"What transformed this credit system into a Ponzi scheme, that must continually be propped up with bailout money, is that the credit power has been turned over to private bankers who always require more money back than they create" — manipulating markets for maximum profits.

When federal, state or local governments lend their own money, it's not done with profit-making in mind.

Throughout US history, no state ever went out of business, and except for Arkansas during the Great Depression, none ever defaulted on their debt obligations.

As long as money created produces goods and services, not speculative excess like the current system, inflation and deflation are at least largely prevented.

Economic stability is virtually assured like for a generation in colonial America — along with no taxation and no interest paid to bankers.

Lincoln did the same thing with government-created/interest free money during the Civil War.

What followed turned America into an industrial giant by launching the steel industry, a continental railroad system, a new era of farm machinery and cheap tools, along with much more.

Free higher education was established that long ago disappeared nationwide.

Public banking in the US could free federal, state, and local governments from burdensome debt.

Federal income and payroll taxes could be eliminated. America's manufacturing base could be rebuilt if incentives were provided business to create jobs at home and penalties imposed for offshoring facilities to low-labor cost countries.

Social Security, Medicare for all, and other vital social programs could be funded inflation-free, including tuition-free higher education.

America's crumbling infrastructure could be rebuilt.

Millions of new good-paying jobs could be created, ending unemployment for everyone able work.

For those willing but unable, guaranteed income and other aid could be provided.

Booms and busts that characterize US history could end. So could economic warfare for private gain.

As in colonial America, sustained prosperity could become reality. It's not wishful thinking. It happened before in the US and could happen again.

Dismal times like now call for creative solutions, not half-way measures for ordinary people, all-out efforts for corporate favorites and other privileged interests alone — how the US, West, and most other countries operate.

The alternative is likely human wreckage on an unprecedented scale if economic crisis conditions are protracted.

What's unfolding is testimony to the failure of unfettered capitalism.

Other than policies relating to national defense and preserving law and order, they believe anything government does private business does better so let it.

Chicago School free market fundamentalism prioritizes unrestrained profit-making and wealth accumulation by privileged interests at the expense of most others — a sink or swim world unsafe and unfit to live in for ordinary people.

Inside the bubble is paradise. Outside is Big Brother surveillance, mass incarceration, loss of human and civil rights, ruler/serf societies, harsh crackdowns on nonbelievers, and forever wars against invented enemies.

In the US, West, and most other countries, a partnership between government and privileged interests runs things for their own benefit exclusively.

According to economist Michael Hudson, "neo-feudal system(s) (worldwide) on the verge of collapse."

Arguably the most destructive US Supreme Court ruling was granting corporations personhood under the 14th Amendment with all rights and privileges accrued but none of the obligations  — Santa Clara County v. Southern Pacific Railroad (1886).

Over a century of financial terrorism followed enactment of the 1913 Federal Reserve Act (FSA) in America.

Ahead of its enactment, the 1913 Revenue Act became law — creating a federal income tax, mandating Americans to pay bankers interest on the nation's money.

Ellen Brown explained that the FSA lets the Wall Street owned and controlled Fed "create money out of nothing" in unlimited amounts.

It lets major banks on the Street control the nation's money — the supreme power over all others.

For over 100 years, they exploited the system for their own interests at the expense of the public welfare.

In cahoots with supportive government in Washington, they bear full responsibility for today's dire economic conditions that may get far worse for ordinary people and vulnerable businesses before abating.

Hard times arrived swiftly, getting harder as mass layoffs leave millions of workers on their own with little safety net protections at a time when Washington is beholden to monied interests exclusively, not them.

On Wednesday, New York City Major de Blasio said "New Yorkers should be prepared right now for the possibility of a shelter-in-place order…definitely a possibility," (perhaps) in the next 48 hours" because of spreading COVID-19 outbreaks in the city.

Will other cities and states adopt similar policies for an indefinite period?

Mass shutdown of normal activities nationwide will cause an unprecedented economic collapse in US history — ordinary people hit hardest.

We're in uncharted waters with no guidance on how bad things may get for how long.

I yield the last word to Dr. Gabe Mirkin, my boyhood/longtime friend now retired, from his daily Fitness, Health, and Nutrition newsletter available online to everyone.

In dealing with COVID-19, he recommends the following:

"• Try to avoid contact with sick people, but if you are exposed to someone with fever or respiratory symptoms, wash your hands and face with soap and water for at least 20 seconds, or use an alcohol-based hand sanitizer.

• Avoid touching your eyes, nose, or mouth with unwashed hands.

• If you develop symptoms that may be COVID-19, check with your doctor or health care provider. Sick people should stay at home (e.g., from work, school or social activities).

• Coughs and sneezes should be covered with a tissue, followed by disposal of the tissue.

• Frequently touched objects and surfaces should be cleaned regularly with an alcohol-based disinfectant.

• Face masks are almost useless for preventing infection, but if you are infected, a mask may decrease spread of the virus to others.

New information when available is published on his website:

The Scourge of MSM's War on Truth