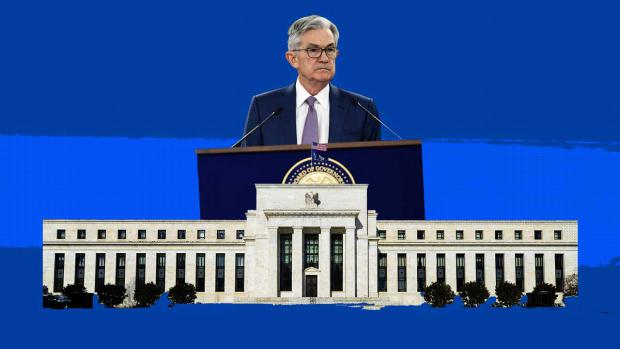 First the Fed. Key is understanding that it's not federal.

It's owned and operated by major Wall Street banks, their interests its top priority.

Its dual mandate is supposed to be maximum employment and price stability. How it operates is another matter entirely.

Years of money printing madness (quantitative easing - QE) at near-zero interest rates had nothing to do with stimulating economic growth and jobs creation.

It was all about handing business and large investors free money to elevate stock prices to an unsustainable level at the expense of the economy and main street.

It's now all about reviving risk-on animal spirits to turn around crashing markets.

It's back with an unprecedented vengeance. Pulling out all the stops to help Wall Street, other corporate favorites, large hedge funds, and other wealthy investors, the Fed opened its money spigot full throttle.

A policy unrelated to helping ordinary people, it's latest free money scam is all about letting large holders of toxic debt dump it into what Mike Whitney called the Fed's toxic waste "landfill for distressed assets" — what the Wall Street Journal called "cash-for-trash."

Now to Congress. Dems and Republicans are dickering over a stimulus package. Disagreement on what should be in it continues.

Members of both right wings of the one-party state have one objective in mind over all others — reelection in November for all House members and one-third of the Senate.

Virtually all their legislative actions and public pronouncements are politically motivated.

The amount might help for a few weeks at most, no longer if large-scale unemployment is protracted  because of continued shelter in place policies and movement restrictions.

We're in uncharted territory so there's no way to know for sure what will play out ahead.

As of now, economic shutdown and lockdowns are unprecedented in the US, Europe and elsewhere.

The GOP plan also includes $350 billion in virtually free money (called loans) to so-called small business enterprises. Republicans and Dems disagree on which ones should get it.

Another provision calls for $500 billion in virtual free money to large businesses with virtually no oversight.

The GOP-controlled Senate and Dem-controlled House bills are works in progress, provisions in both likely to change.

During Obama's tenure, they force-fed eight years of austerity on ordinary people while favoring privileged ones.

Since the neoliberal 90s under the Clinton co-presidency, throughout the new millennium, especially since the 2008-09 financial crisis, most of all under Trump, ordinary people "sacrifice(d)" so privileged ones could "share."

It includes what's called temporary "Federal Pandemic Unemployment Compensation of $600 for workers affected by COVID-19 who are eligible for unemployment benefits.

It calls for $500 billion in virtual free money for small businesses.

It provides $200 billion to states, another $15 billion to cities and municipalities through a so-called Community Development Block Grant program.

It offers $4 billion to help states carry out November elections.

A provision has no cost-sharing for COVID-19 vaccines and treatments, including for the uninsured.

There's funding for food stamps and other food assistance programs.

The plan includes $50 billion for US airlines, calls for them to be carbon-neutral for domestic flights by 2025, and offers to buy older planes so carriers can upgrade to new ones.

US airlines and others worldwide are operating at minimum capacity or temporarily shut down.

Instead of offering carriers free money, now is the time for Congress to nationalize the industry and eliminate profit-making as an incentive to operate.

The same applies to troubled Boeing. The company and most others used cash flow for stock buybacks to elevate their valuations to bubble levels so company executives could profit hugely, along with getting increased pay and bonuses.

Dems and Republicans will likely resolve differences, pass legislation, and send it to Trump for signing this week.

It's uncertain what lies ahead and for how long.