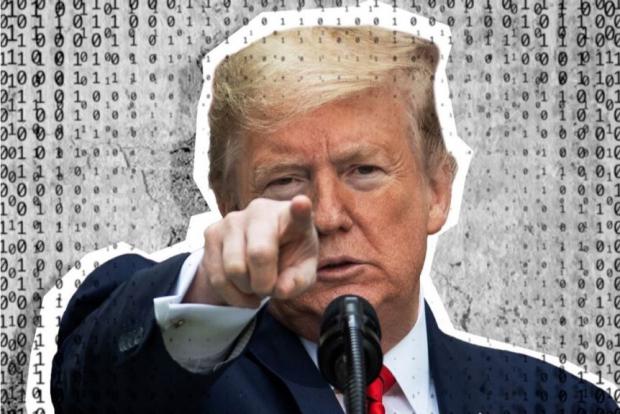 Trump is a congenital liar. Accept nothing he says at face value.

Time and again, he's been caught red-handed willfully deceiving the public on domestic and geopolitical issues large and small.

Nothing he says can be believed.

He and others infesting his regime relentlessly carpet-bomb the public with mass deception — recently about China and COVID-19 since outbreaks first began.

Claiming last week that US COVID-19 research began months before illnesses were reported belies his earlier deceptive downplaying of outbreaks when they began.

Claiming they were flu-like, he willfully lied saying they'd fade and disappear.

So was saying a vaccine will be developed for widespread use by yearend.

All vaccines are toxic and hazardous to human health and well-being. Anything rushed to market could produce mass casualties.

Despite years of research, no coronavirus vaccines or treatments were ever developed, what may never happen.

Clearly no vaccine is possible this year or early 2021. It takes years to develop them for various diseases. Most attempts fail.

Vaccine experts know that taking this approach "could end up worsening the infection in some patients rather than preventing it," adding:

Studies have shown that "coronavirus vaccines carry the risk of what is known as vaccine enhancement, where instead of protecting against infection, the vaccine can actually make the disease worse when a vaccinated individual is infected with the coronavirus."

It's one of the stumbling blocks in developing successful coronavirus vaccines, why there's never been any.

"(F)rom everything I know, this is not the vaccine to be doing it with."

Rushing COVID-19 vaccine development will make the cure worse than the disease.

Yet the Big Pharma controlled FDA is taking this approach, concerned only about maximum profits, not human health.

Their rush to cash in big will likely harm countless numbers of people because of their greed.

As part of his reelection strategy, Trump falsely blames China for his own mishandled response to COVID-19 outbreaks in the US.

Evidence suggests they occurred on US soil and in Europe last year before China's first outbreaks in December.

Japan's National Institute of Infectious Diseases explained that China was not responsible for COVID-19 outbreaks in Japanese cities and towns.

Evidence shows outbreaks in Canada were from infected US tourists. The same is likely true for Latin America.

For lack of addressing the issue seriously by Brazil's Bolsonaro's regime, the country has more COVID-19 outbreaks than all other Latin American countries combined — an indictment of a failed agenda he's doing nothing to correct that got two health ministers to resign.

If things worsen in the run-up to November elections, a combined economic collapse and public health crisis, Trump most likely will be a one-term president.

US-Russia Ties, from Heyday to MayDay